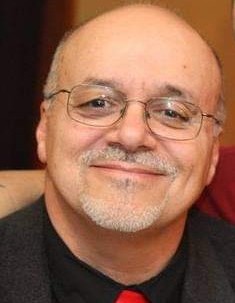 COVID-19 robbed John Angelo Incorvaia, Jr. of health, vitality, and ultimately, life- but this illness does not define him. While we grieve his sudden decline and death, we also celebrate his 67 years of life on earth.
John’s presence brought joy, warmth, generosity, and loyalty to our lives.
John was known affectionately by various names:  Big John, Brother John, Inky, Papa, Big Papa, Paps, Dude. John occupied a unique space in his large, sprawling Italian-American family. John is the oldest of 10 siblings (Betty, Gary, Ron, Marty, Chris, Keith, Frank, Brian, Gail). He was preceded in death by his beloved parents John and Rita Incorvaia, Sr.

John thrived on family gatherings. He was
gregarious, playful, outgoing and chatty. We joked that if we wanted the family to know a secret, you just tell John.

His grand and great-grand kids knew him as Papa. His role as Papa was the nucleus around which his life orbited.  His grand kids could tell countless stories about the ways his kindness, generosity, consistent presence, and playfulness (and yes occasional grumpiness) helped shape their lives. Some of the family’s fondest recent moments include his tenderness and charming companionship with his three great-grand kids.

Arguably the most defining relationship in his life was his marriage to Roxanne; they enjoyed 47 years together. In total they were life companions for 53 years. Together they had four children: Sarah, Matthew, Carrie, and Kenneth. At the time of his death, John had 17 grand and great-grandchildren, with one on the way.

In addition to John’s love for family, he was truly a professional tradesman. He spent 45 years as a skilled metal spinner and fabricator. He fine-tuned his craft, developing expertise in the programming and operating of CNC metal-spinning lathes.  John was a subject matter expert to help create the protocol for developing new manufactured steel products, both large and small batch productions. He made a name for himself in his trade as knowledgeable, experienced, hard-working and loyal.  In 2014 John was presented the first “Ohio Strong” award by the Treasurer of the state of Ohio. He retired from Toledo Metal Spinning in December 2018 after 35 years of dedicated service. John exuded happiness and contentment during his two years of retirement.

In his late 40s John experienced a spiritual awakening. He committed himself to living the teachings of Jesus Christ and sought to nurture a relationship with God.  He and Roxanne attended several Christian evangelical churches before feeling inspired to return to the Catholic Church. Having grown up in the Catholic Church, participating in the life of the church truly felt like returning to his spiritual home. John was energized by the parish ministry at St. Richard’s Catholic Church in Swanton, Ohio. He deeply enjoyed singing in the choir and fostering relationships in the church. In retirement he devoted newfound leisure to singing for Mass and funerals as part of the ministry of the church. John greatly appreciated St. Richards, discovering joy, meaning, and spiritual vitality.

John loved motorcycles; he especially appreciated the touring bike he had in recent years. For John, food was a true pleasure, but more importantly, a meaningful way to connect and communicate love. He enjoyed blessing aging neighbors with lawn care while enjoying the serenity of his riding-mower.  He was known to relish napping in his recliner with his beloved dogs Mattie and Lucy. As a proud son, he worked with his father in the Italian restaurant that his father and uncle started. And then was delighted and a huge support when his two brothers launched Keith and Chris Incorvaia’s Bene Italiano.

Family and friends will be invited to participate in a virtual Remembrance Service on Sunday, December 13th at 1:00pm.

To order memorial trees or send flowers to the family in memory of John Angelo Incorvaia, Jr., please visit our flower store.