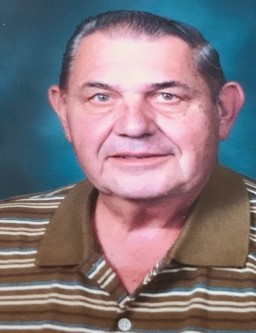 John T. Vaculik, age 82, of Swanton, Ohio, passed away peacefully, Thursday, April 8, 2021, at The University of Toledo Medical Center. He was born June 22, 1938 in Blissfield, Michigan to Joseph and Catherine (Hornacek) Vaculik. John was a 1957 graduate of St. Mary's School in Assumption. He married Donna Barden on February 6, 1960, and together they raised 4 children.

Since 1962, John has lived on the St. Richard's Campus and was the head school and church custodian. He was very active with Sullivans Crew cooking chicken on open BBQ pits for several church festivals and other events within the community. John drove the pace car at Raceway Park and for the local Fulton County Fair Circuit for several years. He had several hobbies which included hunting, ice fishing, and above all cooking. Food was his love language. He loved his family and his grandchildren and looked forward to time spent with them camping and having family picnics. He spent thousands of hours volunteering his services for those in need. John always had time for friends, family and strangers alike.

Visitation will be held Saturday, April 17th from 12:15 to 1:00 p.m. at St. Richard Catholic Church, where services for John will begin at 1:00 p.m., with Fr. Eric Culler presiding. Interment will follow at St. Richard's Cemetery.

In lieu of flowers, memorial contributions may be made to The American Heart Association.

To order memorial trees or send flowers to the family in memory of John T. Vaculik, please visit our flower store.