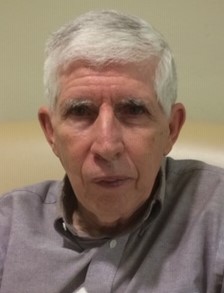 Jonathan Robert Lewis, age 74, of Perrysburg, Ohio, passed away Saturday morning, September 28, 2019 at Swanton Valley Care Center.  He was born June 3, 1945 the eldest of four sons to Robert H. and Jeannette R. Lewis.  A lifelong resident of Perrysburg, Jon graduated from Perrysburg High School in 1963.  He obtained his B.S. in Industrial Education, with a minor in physics from the University of Wisconsin.  He also obtained a major A.A.S. Jig-Fixtures Design and Die at Ferris State University in Michigan, as well as an AutoCad degree from Owens Community College. Jon worked as a Tooling Engineer Designer Draftsman for several major corporations in the Toledo and surrounding area.

In his free time, Jon was an avid railroad enthusiast and collector.  He was also an expert photographer.  Jon had his own darkroom where he developed his own photos before switching over to a digital camera.  He loved walking across the bridge to Sidecut Metropark in the early morning hours to photograph wildlife.  Jon was also an expert at woodworking and DIY projects.  If you had a project to do, with Jon's help, you knew it would be done right!

In June of 1983 he married Carol (VanNatta) Lewis.  They had one son, Brandon J. (Sara) Lewis; a granddaughter, Baylee and soon to be born grandson.  He is also survived by his three younger brothers, James (Jane) Lewis, William (Melanie) Lewis, both of Wisconsin, and David (Dolores) Lewis of Delta, OH, and seven nieces and nephews who loved their "Uncle Jonnie" dearly.

Visitation will be held Wednesday, October 2nd from 5 to 7 p.m. at the Weigel Funeral Home, 204 Chestnut St. in Swanton (419.826.2631).  Funeral services will be held Thursday, October 3rd at 11:00 a.m. in the funeral home, with Fr. Eric J. Culler presiding.  Interment will follow at Ft. Meigs Cemetery in Perrysburg.

The family would like to thank Swanton Valley and Elara Caring Hospice for the excellent care given to Jonathan.

To order memorial trees or send flowers to the family in memory of Jonathan Robert Lewis, please visit our flower store.