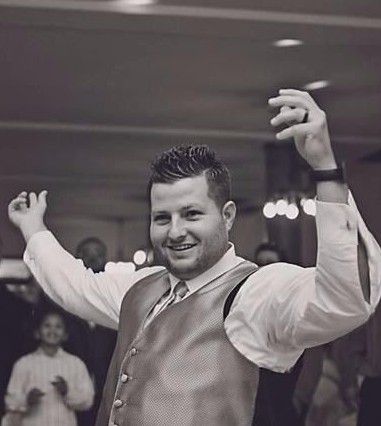 Jordan L. Williams, age 37, of Maumee, Ohio, died in his home of natural causes, Thursday, November 4, 2021. He was born October 15, 1984 in Wauseon, Ohio to Chester, Jr. and Ellen (Thatcher) Williams. He married Toni Flores on November 1, 2014. Jordan worked for FedEx as a delivery driver.

Jordan took pride in his home, especially working out in the yard. He also took special care of his truck. He was a gun collector and would visit the shooting ranges frequently. Jordan never met a stranger – he could make friends with practically anyone. His gift of gab made him a persuasive salesman as well. Jordan was a history buff, and would talk about it whether you were interested in the subject or not.

Jordan was preceded in death by his mother, Ellen; brother, Chester “Bubba” Williams; maternal grandparents, August and Betty Thatcher and his dog, Sketch.

Visitation will be held Friday, November 12th from 4 to 7 p.m. at the Weigel Funeral Home in Swanton, where services celebrating Jordan’s life will begin at 7:00 p.m.

Memorial contributions may be directed to Toni.

To order memorial trees or send flowers to the family in memory of Jordan L. Williams, please visit our flower store.