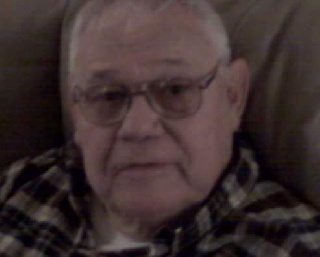 Joseph W. Oberheim, age 84, of Swanton, Ohio, passed away peacefully, with his family at his bedside, Saturday morning, June 3, 2017, at Hospice of Northwest Ohio in Perrysburg. He was born September 18, 1932 in Brooklyn, New York to Joseph E. and Mary (Hesselbach) Oberheim. He attended Glendale High School. Joseph enlisted in the United States Marine Corps and was a Korean War Veteran. On September 7, 1963, he married Mildred C. "Pinky" Amy.

Joseph was a retired Lithographer. A year ago, Joseph converted to Catholicism and joined St. Richard Catholic Parish. He enjoyed working on his cars and watching sports, especially the New York Giants. Most of all, he loved being involved with his family and attending his grandchildren's band, choir, and sporting events.

Joseph was preceded in death by his parents, Joseph and Mary; loving and devoted wife of 52 years, Pinky and his sister, Rita Oberheim.

Family and friends may visit Wednesday, June 7th from 12:00 (Noon) to 1:45 p.m. at the Weigel Funeral Home in Swanton. A funeral procession will leave the funeral home at 1:45 p.m. and arrive at St. Richard Catholic Church, where a Mass of Resurrection will be celebrated at 2:00 p.m. with Fr. Adam Hertzfeld presiding and Deacon Jerry Ziemkiewicz assisting. Military Rites will immediately follow and inurnment will take place at a later date at St. Richard's Cemetery.

Visitation: Wednesday, June 7th from 12 (Noon) to 1:45 pm at the Weigel Funeral Home in Swanton

To order memorial trees or send flowers to the family in memory of Joseph W. Oberheim, please visit our flower store.