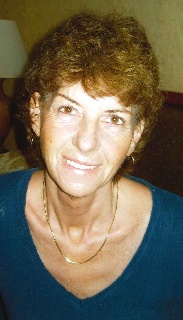 Judith Adams, age 70, of Swanton, Ohio, passed away in her home Sunday morning, September 3, 2017, surrounded by her loving family. Judy was born on April 18, 1947 in Wauseon, Ohio to Franklin and Eleene (Taber) Decker. She attended Pike Delta York, attended modeling school at Margaret O'Brien, and obtained her accounting degree from Davis Business College. On January 18, 1969 she married the love of her life, James D. Adams. He preceded her in death on April 4, 2013.

Judy enjoyed working at Hertz Rent-a-Car at the Toledo Express Airport before being employed at Jeep, until her injury there in October of 1985. Judy was a member of Zoar Lutheran Church in Perrysburg, Swanton American Legion Post #479, a proud wife of a Mason and widow of a distinguished Vietnam Veteran.

Judy will be remembered as a classy lady, who loved dancing, bowling, traveling, Nascar, trying her luck at the casino, and looked forward to spending each year at the Fulton County Fair.

Besides her beloved husband of 44 years, Judy was preceded in death by her parents, Franklin and Eleene Decker; father and mother-in-law, Jesse and Marjorie Adams; brother, Tommy Decker; and sister-in-law, Wilma Stack.

Memorial contributions may be made to St. Jude Children's Research Hospital or the Cherry Street Mission.

Visitation: Friday, September 8th from 2 to 8 pm at the Weigel Funeral Home in Swanton

To order memorial trees or send flowers to the family in memory of Judith Adams, please visit our flower store.