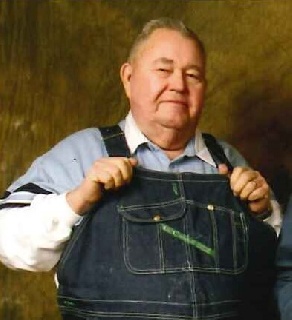 On July 21, 1937, Ladislaus, known as Laddie G. Kovar, of Lyons, Ohio, was born in Swanton, Ohio to Joseph and Frances (Vaculik) Kovar. He died Saturday February 18, 2017 from injuries he sustained in an automobile accident.

He was the 4th of five children and lived his entire life in Fulton County. He attended St. Mary’s Elementary and High School in Assumption, graduating in 1955. He went on to Macomber Vocational for Machine Shop training, and was a carded Journeyman toolmaker. Laddie worked in the tool and die trade and farmed for the majority of his life. He operated a farm drainage business until his retirement. He enjoyed collecting and repairing antique clocks and watches, gardening, polka dances and daily coffee shop visits. In his retirement, he enjoyed two trips to Europe, where his second language of Czech was useful.

Laddie was preceded in death by his parents; brothers, Joseph and Robert; and sister, Frances.

Marriages were to Carolyn (Johnston) Kovar/Uhlik and Betty (Waldron) McClure/Kovar.

Visitation will be held Friday, February 24th from 2 to 8 p.m. at the Weigel Funeral Home in Metamora (419.644.3601), where a Vigil service will begin at 7:30 p.m. Prayers will begin in the funeral home Saturday, February 25th at 11:30 a.m. and follow with a Mass of Resurrection at 12:00 (Noon) at Holy Trinity Catholic Church in Assumption with Father Michael Dandurand presiding. Interment will be held at a later date at St. Mary's Cemetery.

Memorial contributions may be made to Holy Trinity Catholic Church or directed to the family.

Visitation: Friday, February 24th from 2 to 8 pm at the Weigel Funeral Home in Metamora

Interment at a later date: St. Mary's Cemetery in Assumption

To order memorial trees or send flowers to the family in memory of Laddie G. Kovar, please visit our flower store.