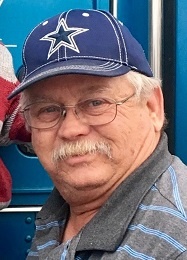 Lance Gentry Baumgartner, age 54, of Huntsville, Texas, formerly of Swanton, Ohio, passed away Saturday, June 24, 2017 in Pecos, Texas. He was born February 14, 1963 in Aspen, Colorado to Larry Baumgartner and Helen (Gentry) Wilhelm. Lance served in the Army National Guard, was a volunteer firefighter with the Swanton Fire Department, and worked as a truck driver for many years.

Memorial Contributions may be made to a charity of the donor's choice.

Memorial Service: Friday, July 14th at 11:00 am in the Funeral Home

To order memorial trees or send flowers to the family in memory of Lance G. Baumgartner, please visit our flower store.