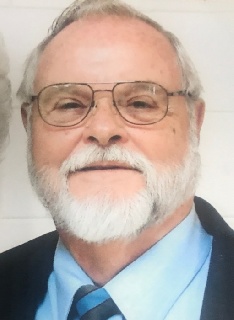 Larry Favorite, age 79, of Lake Hamilton, Florida, and formerly of Delta, passed away on October 27, 2017, at Haines City Healthcare Center in Haines City, Florida. He was born on April 4, 1938, to Omer and Regina (Wales) Favorite. He married Connie Dellenbach on April 30, 1960, and she survives.

Larry worked at The Delta Atlas for 48 years, after he had polio at age 11 and was paralyzed. After retirement, they moved to Florida. He also worked with the Boy Scouts while his sons were in scouting. He earned the Silver Beaver award and his Vigil as an adult leader with the Order of the Arrow.

He was preceded by his parents, sisters, Alice, Joan, and Ruth, and brothers, Howard and Jerry.

Memorial services are being held in Florida and Ohio with the local services planned for November 18, 2017, at 10:00 A.M. at the Delta United Methodist Church. His ashes will be buried at Raker Cemetery, in Delta. Memorials may be directed to the family.

To order memorial trees or send flowers to the family in memory of Larry Favorite, please visit our flower store.