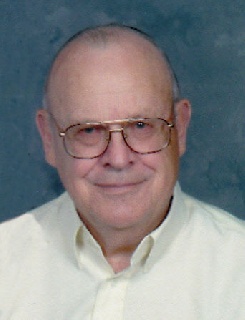 Leo Eugene Szabo, age 88, of Swanton, Ohio, entered into eternal rest, Wednesday afternoon, January 17, 2018 at the Swanton Health Care & Retirement Center. He was born April 10, 1929 in Delta, Ohio to Rose (Patyi) and Steven Szabo. He graduated from Ai in 1947 and married Marilyn Jean Kidder on July 21, 1951 at St. Mary's Catholic Church in Assumption.

Leo was a lifelong farmer and long-time member of St. Richard Catholic Parish. He was an avid outdoorsman who loved boating and fishing on Lake Erie, and in his later years, salmon fishing up north in Pentwater, Michigan. He also enjoyed hunting and was a member of the Lytton Fox Hunters Club.

Leo was preceded in death by his parents; brothers, Charles, Steve and Frank Szabo and sisters, Mary Turi and Leona Vishi.

Visitation will be held Sunday, January 21st from 2 to 8 p.m. at the Weigel Funeral Home, 204 Chestnut St. in Swanton, where the Rosary will be recited at 7:00 p.m. A Mass of Resurrection will be celebrated Monday, January 22nd at 11:00 a.m. at St. Richard Catholic Church, with Fr. Adam Hertzfeld presiding. Interment will be held at a later date at St. Richard's Cemetery.

Memorial contributions may be made to St. Richard Catholic Church, 333 Brookside Dr., Swanton, OH 43558 or to a charity of the donor's choice.

Visitation: Sunday, January 21st from 2 to 8 pm at the Weigel Funeral Home in Swanton

Mass of Resurrection: Monday, January 22nd at 11:00 am at St. Richard Catholic Church

To order memorial trees or send flowers to the family in memory of Leo Eugene Szabo, please visit our flower store.