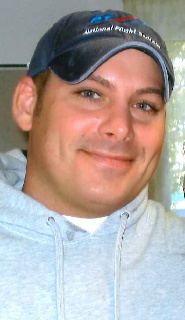 Lucas E. Sack, age 38, of Swanton, Ohio, passed away unexpectedly in his home, Saturday, April 2, 2016. He was born January 13, 1978 in Toledo, Ohio to Robert and Annette (Ashenfelter) Sack. Lucas was a 1996 graduate of Evergreen High School and was dedicated to his job as a purchasing agent for National Flight for 17 years. Lucas married the love of his life, Cynthia in the Bahamas. They had two beautiful children who he loved greatly and enjoyed attending their sporting events.

Lucas will be greatly missed by his mother, Annette Sack; wife, Cynthia (Saxer) Sack; daughter, Kaitlyn; his son, Tyler; sisters, Lynette (Jerami) Nation and Janette (Josh) Weinstein; 2 nieces and 2 nephews; as well as his many friends.

Lucas was preceded in death by his father, Robert; father and mother-in-law, Robert and Barbara Saxer; and his grandparents.

Visitation will be held Friday, April 8th from 6 to 8 p.m. at the Weigel Funeral Home in Swanton (419.826.2631). Funeral services will be held Saturday, April 9th at 11:00 a.m. in the funeral home, with visitation one hour prior. Interment will follow at Ai Cemetery.

Memorial contributions may be made for the children of Lucas Sack in care of Lynette Nation, 5226 Co Rd 6, Delta, OH 43515.

Visitation: Friday, April 8th from 6 to 8 pm at the Weigel Funeral Home in Swanton

Funeral Service: Saturday, April 9th at 11:00 am in the Funeral Home

To order memorial trees or send flowers to the family in memory of Lucas E. Sack, please visit our flower store.