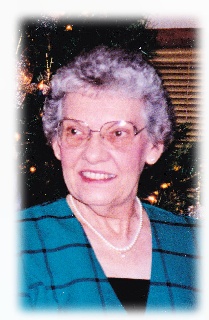 Lucille M. Flowers, age 88, of Swanton, Ohio, passed away peacefully, Thursday morning, November 16, 2017 at the Elizabeth Scott Community in Maumee, Ohio. She was born August 27, 1929 in Hartville, Ohio to the late Wilbur and and Matilda (Becker) Unsworth. She married her beloved husband William Flowers on July 27, 1955. He preceded her in death on August 9, 2012.

Besides being a homemaker and raising her children, Lucille worked as an office administrator at Timcon Roller Bearing and at AP Parts.

Besides her husband of 57 years, William, Lucille was preceded in death by her parents; sister, Twila Bryant; brother, Bob Unsworth; and infant son, Ronald Graham Flowers.

Memorial Contributions may be made to Elizabeth Scott Community or Hospice of Northwest Ohio.

Visitation: Tuesday, November 21st from 9 am to 11 am at the Weigel Funeral Home in Swanton

Funeral Service: Tuesday, November 21st at 11:00 am in the Funeral Home

To order memorial trees or send flowers to the family in memory of Lucille M. Flowers, please visit our flower store.