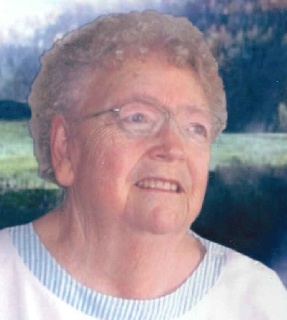 Marcella M. Whalen, age 87 of Archbold, Ohio, passed away peacefully, Saturday evening, July 23, 2016 at Fairlawn Haven Rehabilitation Center. She was born August 24, 1928 in Caretta, West Virginia to Fitzhugh and Irene (Mullin) Fleming. On February 11, 1963, she married Donald E. Whalen. He preceded her in death on January 24, 2013.

Marcella was a homemaker and member of Rock of Ages Church in Defiance. She enjoyed playing the piano, singing and working word search puzzles.

Besides her husband, Donald, Marcella was preceded in death by her parents, Fitzhugh and Irene Fleming and sister, Sophrona Bowman.

Memorial contributions may be made to Rock of Ages Church, 340 Greenhouse Ave., Defiance, Ohio, 43512.

To order memorial trees or send flowers to the family in memory of Marcella M. Whalen, please visit our flower store.