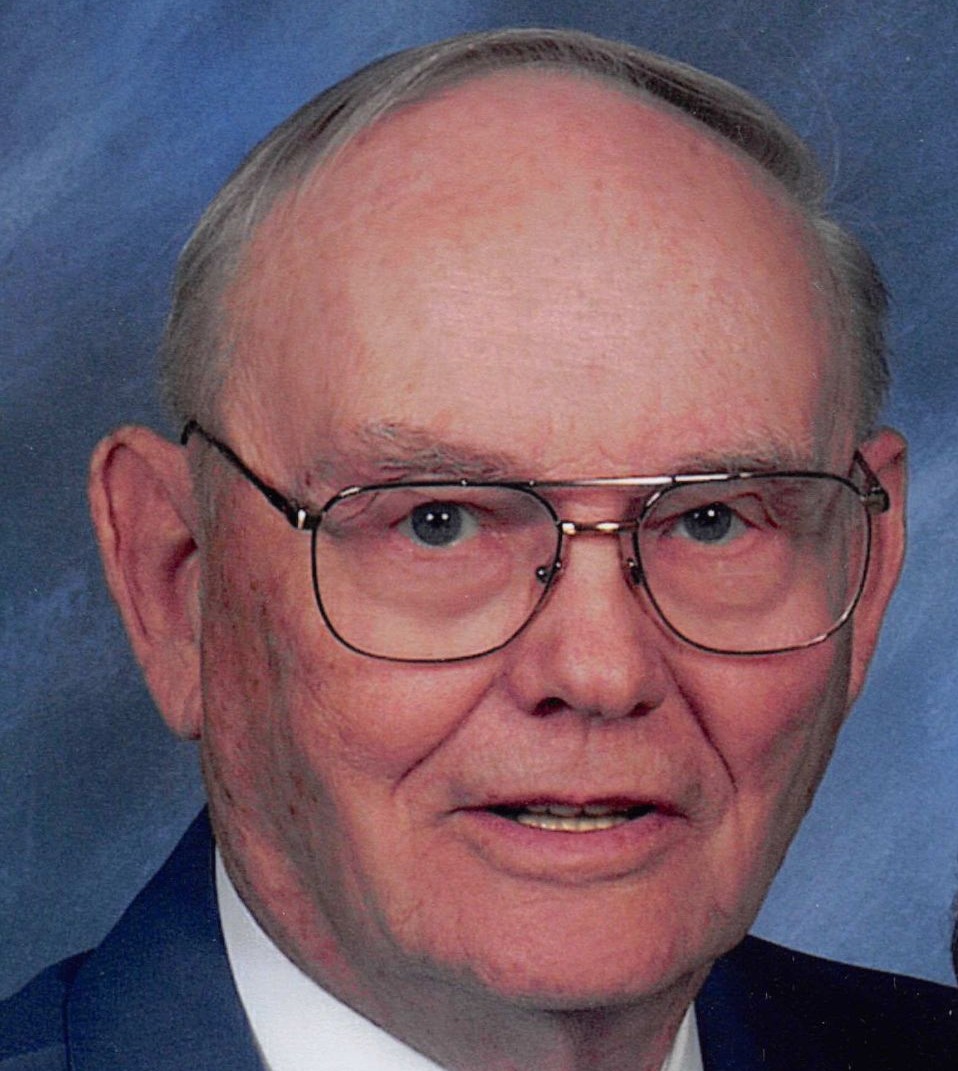 Marion Emerson Lehman, age 100, lifelong resident of Swanton, Ohio, passed away peacefully, Thursday morning, October 7, 2021 at Hospice of Northwest Ohio in Toledo. Marion was born in Swanton on March 27, 1921, to Eugene and Hattie (Mohr) Lehman. He was a 1940 graduate of Fulton Centralized School. Marion joined the United States Coast Guard serving as Seaman 1st Class on the USS Lorain from October 7, 1943 to February 22, 1946.

After serving in the war, Marion returned home, began farming and went to work at Willys-Overland (Jeep) for 32 years, retiring from Jeep/Chrysler in 1979. Marion married his high school sweetheart, Evelyn Clifton on March 12, 1945 and they started a family. They shared 74 years of happiness together. Evelyn passed away August 30, 2019.
Marion was a member of Trinity United Methodist Church. He and Evelyn always enjoyed spending Ohio's cold winters in Cherokee Village, Arkansas. Marion loved doing things with his grandchildren, making items with wood from the farm for family members, and maintaining the lawn. Marion always had an unfinished project going on around the house.

Besides his beloved wife, Evelyn, Marion was preceded in death by his parents and a grandson.

Memorial contributions may be made to Trinity United Methodist Church, 210 N. Main St., Swanton, OH 43558 or to a charity of the donor's choice.

To order memorial trees or send flowers to the family in memory of Marion Emerson Lehman, please visit our flower store.