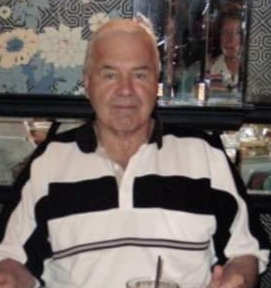 Marlyn D. Plotner, Sr., age 83, of Swanton, Ohio, passed away peacefully Wednesday evening, April 21, 2021, surrounded by his loving family at the Grand Rapids Care Center. He was born February 3, 1938 in Toledo, Ohio to Clarence and Bertha (Allore) Plotner. After graduating High School, Marlyn went on to college, where he earned an Associates Degree. Marlyn later married the love of his life, Jean Haynes, on April 3, 1959. He owned Marlyn’s Appliance and Repair for many years.

Marlyn enjoyed spending time in nature. He had a fondness for camping and boating. He also saw worth in broken objects. Marlyn loved to fix things and bringing them back to life. Most of all, Marlyn saw value in spending time with his family and cherished every moment with them.

Marlyn was preceded in death by his parents; son, Bryan; brothers, Delano and Gerald; sister, Sueann.

Visitation will be held at Weigel Funeral Home in Swanton on Monday, April 26th from 11:00 a.m. to 1:00 p.m., where services celebrating Marlyn's life will begin at 1:00 p.m., with Reverend Dale Katcher officiating. Interment will follow at Swanton Cemetery.

Memorial contributions may be made to Heartland Hospice.

To order memorial trees or send flowers to the family in memory of Marlyn Duane Plotner, Sr., please visit our flower store.