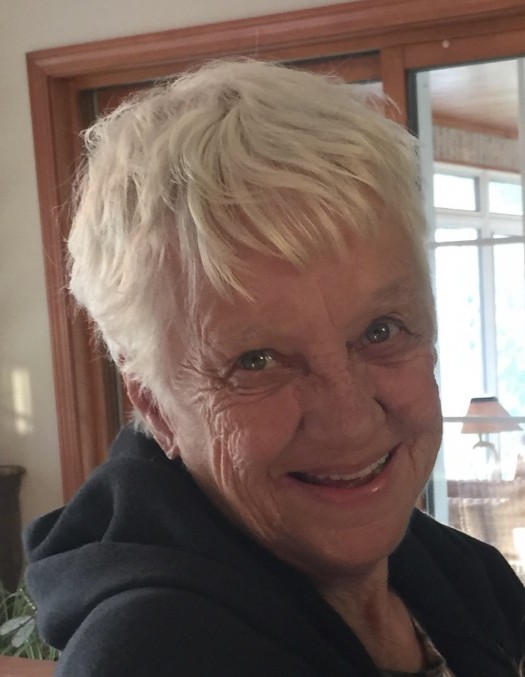 Martha Jane Yoder (Marti), age 77, of Swanton, Ohio, passed away on Tuesday, March 16, 2021.  Marti was one strong lady … strong enough to beat Covid; strong enough to fight dementia by remembering her family all the way to the end, strong enough to handle 3 sons very close in age & 1 spoiled daughter that followed, and strong enough to take a chicken from the coop to the dinner table.   So loving and caring, she ALWAYS put everyone before herself and never asked for anything in return.  She wore so many hats and was amazing at every one of them.  She was a fire-women, a coach, a cheerleader, a bookkeeper, a baseball team score keeper, a chauffeur, a home cooked meal chef, a party planner, a seamstress, a blanket maker, the best candy and cookie maker around, a secret keeper, a loan giver, a giver of the endless box, a care taker, a babysitter, a housekeeper, a card player, a gambler, a best friend, a niece, a sister, an aunt, a neighbor, an in law, a daughter, a mother, a wife, a grandma and a GiGi.  But most of all, she was loved by everyone who knew her.

Marti was born on February 20, 1944, in A-I, Ohio to Louis D. Meyers and Margaret “Anna” Meyers Musser.  She graduated from Swanton High School then on June 23, 1962, she married Lester Yoder and together they raised their 4 children.  A stay-at-home wife and mother while the children where young, Marti started working at McDonalds in 1983.  In 1986 Marti accepted a housekeeping position at St. Luke’s Hospital and was quickly promoted to supervisor.   She was a dedicated employee for over 20 years until she retired in 2009, allowing her and Butch to live in Lakeland, Florida for the winter.   She was loved and respected by her staff, often off the clock, she would stay to lend a hand to her team.  Still today, Marti and her homemade candies are still talked about by the staff at St. Luke’s.

To honor our mother, allow closure while still keeping her wishes of a simple ending, (she was opposite of Butch, who loved to be the center of attention) a semi-private open house will be held for relatives and closest friends (who are considered family) on Saturday, March 20, 2021 at Weigel Funeral Home, 204 Chestnut, Swanton, Ohio from 5:00 p.m. - 7:00 p.m.

To order memorial trees or send flowers to the family in memory of Martha J. Yoder, please visit our flower store.