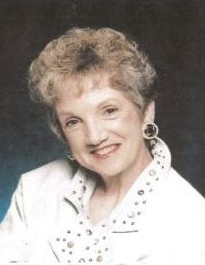 Mary Lee Cole, age 85, of Delta passed away peacefully Sunday afternoon, March 19, 2017 in her home. Mary Lee had been a phone operator, she did clerical work, taught Sunday school, and did a lot of charitable work, also was a member of the Delta Assembly of God Church.

Mrs. Cole was born on July 28, 1931 in Bellefontaine, Ohio, the daughter of the late Francis and the late Cathrine (Beaumont) Ganson. On November 21, 1954, she married James Earl Cole and he preceded her in death in 1985. She was also preceded by Romee Cole (daughter-in-law).

Funeral services will be held on Thursday, March 23, 2017 at 10:30 a.m. at the Delta Assembly of God Church, with Pastor Randy Trowbridge officiating. Following will be a celebration of life at the church. Interment is immediately after at 2:00 p.m. at Highland Memory Gardens in Waterville. Friends may visit with the family on Wednesday, March 22 from 2:00-4:00 p.m. and 6:00-8:00 p.m. at the Grisier-Wiegel Funeral Home in Delta.

Online condolences may be made to the family at www.DeltaFH.com.

Visitation: Wednesday, March 22nd from 2 to 4 and 6 to 8 pm at the Grisier~Weigel Funeral Home in Delta

Funeral Service: Thursday, March 23rd at 10:30 am at the Delta Assembly of God

To order memorial trees or send flowers to the family in memory of Mary Lee Cole, please visit our flower store.