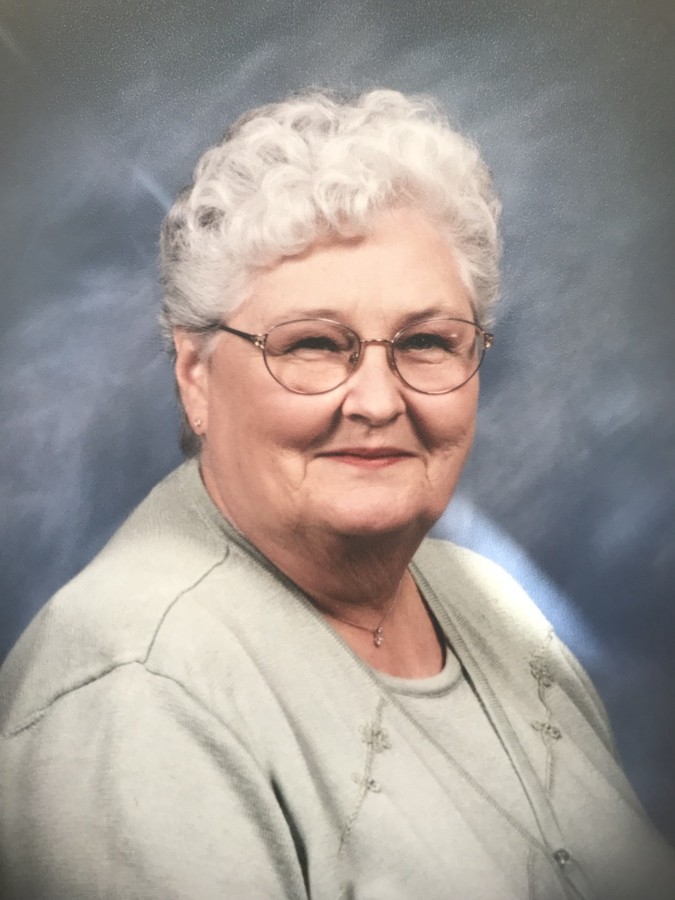 Mary Ann Sampson, age 86, passed away peacefully in her home on Sunday, November 11, 2018, after a short battle with Pancreatic cancer.  Mary was born in New Bremen, Ohio on June 18, 1932 to the late Edward and Leona Wellman.  She was a 1950 graduate of New Bremen High School and on September 23, 1955 she married Merle Sampson who survives.  They recently celebrated 63 years of marriage.  Mary was a long time cook for the Swanton School System.

She was preceded in death by two brothers Charles and Mack Wellman and a sister Carol Deniston.

Mary loved to do ceramics, many of which she won blue ribbons at the Fulton County Fair.  She also knitted many afghan’s and it was not unusual to see her working a puzzle in her living room.  She also loved playing board games with her grandchildren and watching Ohio State football on fall Saturday’s.  Mary was a member of Trinity United Methodist Church in Swanton.

The family wishes to thank the many people who helped her through her recent journey including the good people at Ohio Living Hospice, the Toledo Clinic and the Mercy Hospital System.

Visitation will be held at the Weigel Funeral Home, 204 Chestnut Street in Swanton, Ohio on Sunday, November 18, 2018, from 1 to 6 p.m. followed by a funeral service with Pastor JT Bean officiating.  In keeping with Mary’s wishes she will be cremated with a burial of her ashes at a later date.

In lieu of flowers, contributions can be made to the American Cancer Society.

To order memorial trees or send flowers to the family in memory of Mary Ann Sampson, please visit our flower store.