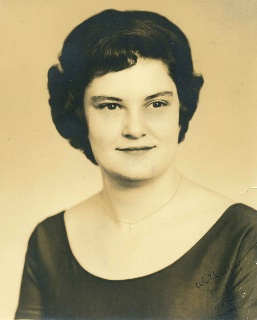 The oldest of eleven children, Mary Ann was born September 22, 1941 in Toledo, Ohio to Harold "Dutch" and Flossie (Barth) Mossing, and graduated from St. Mary's School Class of '59.

Mary Ann raised three boys and spent 24 years as an Air Force wife traveling around the world with her husband. Mary Ann worked at Swanton Super Valu in the bakery for several years. A devout Catholic, Mary Ann was a member of St. Caspar Catholic Parish in Wauseon and Holy Trinity Catholic Parish in Assumption.

Mary Ann was preceded in death by her parents, Harold "Dutch" and Flossie Mossing and brother, Mark Mossing.

Family and friends may visit Wednesday, December 28th from 2 to 8 p.m. at the Weigel Funeral Home in Swanton, where a Vigil service will begin at 7:00 p.m. Prayers will begin in the funeral home Thursday, December 29th at 9:20 a.m. and follow with a Mass of Resurrection at 10:00 a.m. at Holy Trinity Catholic Church in Assumption, with Fr. Michael Dandurand presiding. Interment will follow at St. Mary’s Cemetery.

Visitation: Wednesday, December 28th from 2 to 8 pm at the Weigel Funeral Home in Swanton

Mass of Resurrection: Thursday, December 29th at 10:00 am at Holy Trinity Catholic Church in Assumption

To order memorial trees or send flowers to the family in memory of Mary Ann Wymer, please visit our flower store.