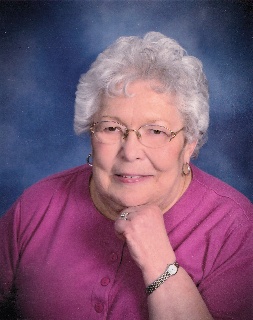 Melody K. Keller, age 73, of Swanton, Ohio, passed away unexpectedly, Tuesday morning, June 13, 2017 in her home. She was born November 19, 1943 to Harold and Stella (Jablonski) Massie. Melody was a 1961 graduate of Swanton High School and on October 19, 1963 married her high school sweetheart, James B. Keller. Melody was a stay at home mom raising their five children. She was very involved with them attending their sporting events, serving as a Cub Scout Leader, and serving 2 years as president on the St. Richard School Board. There were several wonderful memories made traveling together cross country as a family and tent camping. After the kids were out of school, she went to work as an aide and later worked at the Pilliod Cabinet Company and as an aide at Sylvania Rehab Center.

Melody was a devoted member of St. Richard Catholic Parish, where she was involved with the funeral dinner team and church festivals. She enjoyed sewing, acrylic painting, gardening and canning vegetables.

Melody was preceded in death by her father, Harold Massie; father and mother-in-law, Don and Deloris Keller; and sister-in-law, Janet Bowser.

Family and friends may visit Friday, June 16th from 3:00 to 8:00 p.m. at the Weigel Funeral Home in Swanton (419.826.2631), where a Vigil service will be held at 7:00 p.m. Prayers will begin at 10:30 a.m. in the funeral home on Saturday, June 17th, followed by a Mass of Resurrection at 11:00 a.m. at St. Richard Catholic Church, with Fr. Adam Hertzfeld presiding and Deacon Jerry Ziemkiewicz assisting. Interment will follow at St. Richard's Cemetery.

Memorial contributions may be made to St. Richard Church, 333 Brookside Dr., Swanton, OH 43558.

Visitation: Friday, June 16th from 3 to 8 pm at the Weigel Funeral Home in Swanton

Mass of Resurrection: Saturday, June 17th at 11:00 am at St. Richard Catholic Church

To order memorial trees or send flowers to the family in memory of Melody K. Keller, please visit our flower store.