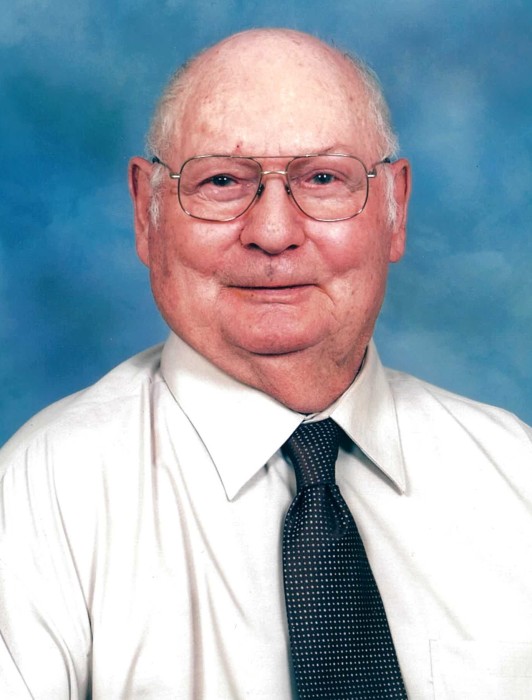 Merlin Joseph Hassen, age 93, of Perrysburg, Ohio; formerly of Swanton, Ohio, entered into eternal life comforted by his family, Saturday morning, January 19, 2019, at Perrysburg Commons.  As an only child, he was born November 9, 1925 in Swanton to Clarence Joseph and Julia M. (Raab) Hassen.  Merlin was a graduate of Swanton High School and was a U.S. Army WWII Veteran with combat in Germany and France.  On August 2, 1947, he married his one love Millie (Mildred Studenka).  She preceded him in death in March of 1986.

Merlin was a member of Holy Trinity Catholic Parish, and will be remembered as a strong but gentle man who always put others first. He was a life-long farmer and worked 32 years at Champion Spark Plug.  He loved tinkering and fixing small engines, and there was no repair he could not handle.  He was known as the go to guy when you needed anything fixed. He even built the home he and Millie raised their family in.  He loved fishing and enjoyed traveling in his truck camper to Florida, Alaska and out west.

A heartfelt thanks to Hospice nurse Tiffany and the special caregivers at Perrysburg Commons.

In lieu of flowers, memorial contributions may be made to Hospice of Northwest Ohio or the Fulton County Honor Guard.

To order memorial trees or send flowers to the family in memory of Merlin Joseph Hassen, please visit our flower store.