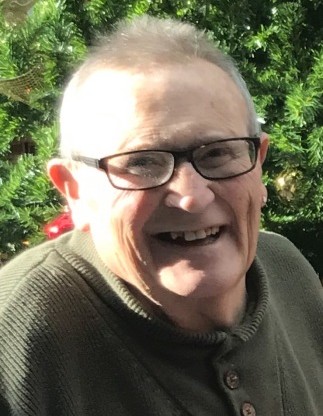 After enduring a life-long journey of chronic illness, Michael Delauter, age 71, of Whitehouse, Ohio, passed away the morning of Tuesday, October 29th, 2019. He is now free of his physical and mental pain. With a sense of humor and his own unique personality he dealt with his health problems.

He was born on November 3, 1947 in Wauseon, Ohio to Duane and Alice (Brown) Delauter. At an early age his family moved to Metamora where he attended and graduated from Metamora High School. Mike married his high school sweetheart, Janet Hassen. They built their own home and raised three children. Years later they moved to a villa in Whitehouse. Traveling around the country in their camper brought much pleasure, as well as spending these last winters in Florida. Mike was most content in the outdoors and nature. He loved fishing and hunting. In his later years, he was happiest at his workbench making fishing lures and ecobots.

Family and friends may visit Friday, November 1st from 5 to 8 p.m. at the Weigel Funeral Home in Swanton (419.826.2631), where a Vigil Service will be held at 7:30 p.m.  Visitation will continue Saturday, November 2nd from 9:00 a.m. to 10:00 a.m. at Little Flower Catholic Church.  A Mass of Christian Burial will begin at 10:00 a.m. with Father Dave Nuss presiding. Interment will follow at Wolfinger Cemetery.

To order memorial trees or send flowers to the family in memory of Michael Duane Delauter, please visit our flower store.