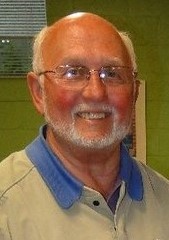 Paul R. Cole, age 69, of Swanton, Ohio, loving husband, father, papa and friend, entered into eternal life, Tuesday, December 6, 2016. Paul was born July 26, 1947 in Toccoa, Georgia to George and Willeen (Childs) Cole. Paul was a 1965 graduate of Swanton High School, and at the age of nineteen enlisted in the 180th Ohio Air National Guard. He married his beloved wife, Judy Hurst on September 29, 1973 and together raised two sons.

Paul retired as a Master Sergeant from the 180th after 39 years of service. He was a member of St. Richard Parish where he served as an usher and helped work the church festivals. Paul was an avid golfer and member of Valleywood Golf Club, as well as a member of the Swanton American Legion Post #479, Swanton VFW Memorial Post #8598 and Swanton Elks Lodge #2462. Paul was a social butterfly and will be remembered for his friendly outgoing personality who could make friends with practically anyone and was always willing to go out of his way to help others. He loved spending time at Shucker's on a daily basis and playing euchre, especially with his grandkids.

Left to cherish his memory is his loving wife of 43 years, Judy; sons, Casey (Jodie) Cole and Nickolas (Michelle) Cole and grandchildren, Jack, McKenna, Jayda, Emmett, Lydia and Caleb; and numerous brothers and sisters-in-law and nieces and nephews.

Paul was preceded in death by his parents, and brother, George Cole.

Family and friends may visit Friday, December 9th from 2 to 8 p.m. at the Weigel Funeral Home in Swanton, where the Rosary will be recited at 7:00 p.m. and followed by a Scripture Service. Visitation will continue Saturday, December 10th from 9:00 a.m. to 10:00 a.m. at St. Richard Catholic Church, where a Mass of Resurrection will begin at 10:00 a.m. Military Honor Rites will immediately follow the Mass and interment in the St. Richard Memorial Gardens will be held at a later date.

Memorial Contributions may be made to SonnySmiles Foundation, P459 County Road 3A, McClure, OH 43534. www.sonnysmiles.org

Visitation: Friday, December 9th from 2 to 8 pm at the Weigel Funeral Home in Swanton

Mass of Resurrection: Saturday, December 10th at 10:00 am at St. Richard Catholic Church

To order memorial trees or send flowers to the family in memory of Paul R. Cole, please visit our flower store.