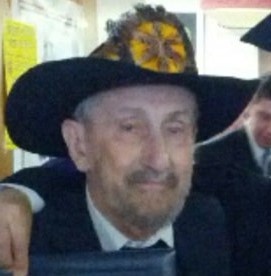 Paul R. Harden, affectionately known as "Cowboy", age 77, of Toledo, Ohio, passed away at his home of natural causes, Saturday evening, February 4, 2017. He was born February 1, 1940 in Swanton, Ohio to Royce and Effie (Clevidence) Harden. He retired from GM Powertrain, where he worked for over 30 years, and was a member of UAW Local 14.

Paul loved restoring old cars, especially his 1963 Corvette Stingray, and was a member of the Pacer's Car Club.

Paul was preceded in death by his parents; son, Scott Andrew Harden; and brother, Melvin Harden.

Family and friends may visit Friday, February 10th from 10 a.m. to 12 p.m. at the Weigel Funeral Home, 204 Chestnut St. in Swanton (419.826.2631). Funeral services will begin at 12:00 (Noon) Friday in the funeral home with Pastor Donna Stutzman officiating. Interment will follow at East Swanton Cemetery.

Visitation: Friday, February 10th from 10 am to 12 (Noon) at the Weigel Funeral Home in Swanton

To order memorial trees or send flowers to the family in memory of Paul "Cowboy" Harden, please visit our flower store.