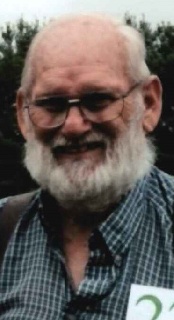 Philip Gerald Garmenn, age 75, of Delta, Ohio, passed away peacefully in his home late Friday evening, September 8, 2017. He was born March 27, 1942 in Swanton, Ohio to the late Owen C. and Rosa (Bauer) Garmenn. Philip was a 1961 graduate of Delta High School. Following graduation, he enlisted in the United States Army serving three years overseas in Germany. Upon returning from active duty, Philip married his loving wife, Linda Mann. They would have celebrated their 50th wedding anniversary on December 21st.

Philip worked as a locksmith for Diebold, Inc. and serviced banking equipment. He had a passion for attending antique gasoline engine shows, finding bargains at garage sales and flea markets, and loved playing cards with family and friends.

Philip was preceded in death by his parents; 2 brothers and 4 sisters.

In keeping with Philip's wishes, he will be cremated and services will be private.

Memorial contributions may be made to the Lymphoma Society, Promedica Hospice, or to a charity of the donor's choice.

To order memorial trees or send flowers to the family in memory of Philip Gerald Garmenn, please visit our flower store.