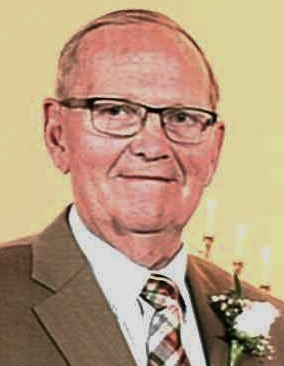 Richard C. “Dick” Pinkelman, age 77, of Swanton, Ohio, passed away peacefully at Hospice of Northwest Ohio on July 22.  He was born January 3, 1943 in Toledo, Ohio, to James and Catherine (Leffel) Pinkelman.  Dick was a 1961 graduate of Fulton Centralized Local and attended two years of college.  Dick started his career at Toledo Scales, and later worked as an electrical engineer for Palmer & Associates for 27 years, and TECO for 15 years before retiring in 2009.

On May 22, 1965, he married Dianne Miller.  They enjoyed traveling in their fifth wheel to all but four of the 50 states.  They were members of the Good Sam Camping Group “Loafers” in which Dick served as president for two years. Dick and Dianne celebrated their 50th wedding anniversary in Rome, and more recently their 55th wedding anniversary here in Ohio.

Dick enjoyed playing league softball as a younger man, but found true joy more recently as a scroll saw artist.  He took great pleasure creating beautiful designs for his family and friends.  He also took pride in the home he and Dianne built together, and performed much of the remodeling and maintenance himself.

A devout Catholic, Dick was a very active member of St. Richard Catholic Parish in Swanton.  He was involved with St. Vincent DePaul Society, Knights of Columbus, Parish Council, Endowment Board, School Board, and served as a Eucharist Minister.

Dick was preceded in death by his parents, James and Catherine, and brother-in-law, William Johnson.

In lieu of flowers, the family asks memorial contributions be made to The Victory Center of Toledo or Sharon’s Cinderella Ball.

To order memorial trees or send flowers to the family in memory of Richard "Dick" C. Pinkelman, please visit our flower store.