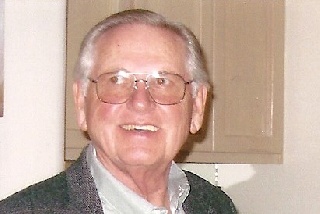 Richard Henry "Dick" Mogg, age 77, of Maumee, Ohio, formerly of Swanton, passed away Thursday morning, September 7, 2017, surrounded by his loving family, at Otterbein of Monclova. He was born in Mt Pleasant, Michigan on September 25, 1939 to the late Henry “Hank” and Cora (Shaw) Mogg. Dick married Bonnie VanAuker on August 20, 1960. They recently celebrated their 57th anniversary with new friends at Otterbein.

Dick graduated Mt Pleasant High School in 1956. Dick skipped a grade during middle school and therefore began attending the Michigan State University (MSU) at the age of 17. Dick received a full ride scholarship for his musical talent playing the coronet (trumpet). He had many stories of his years as a member of the MSU band. Dick graduated with degrees in graphic arts and business.

Dick worked summers during high school and college for his father Hank, who was a pipeline construction Superintendent for Bechtel Corporation. They completed cross-country pipeline projects in Nevada and Alberta Canada during that time.

Dick had a short career as a food packaging design manager for Reese Finer Foods in Chicago. He was always drawn back to the pipeline business. Dick and Bonnie returned to Mt. Pleasant when Dick and his father Hank created a new partnership in the small town of Rosebush, Michigan. The name of the business was Welded Construction Company and Dick designed the logo we all have recognized over these many years.

The Mogg family moved to northwest Ohio in 1972 when Hank and Dick decided it would be a better location to grow their business. Welded Construction would be headquartered in Perrysburg, and Dick and Bonnie decided upon Swanton, Ohio to raise their family. Dick worked many hours away from home, but still made some lifelong friends in Swanton as well as Mt. Pleasant, Michigan. Dick loved his work and respected those who worked with him. This helped to foster the “family” feel of Welded Construction which enjoyed the employment of many other family generations. He was a man of few words, but earned the title of “Gentleman of the Industry” as quoted by a lifelong friend and colleague. Son Jeff also joined the Welded family, took over as President, and both father and son sold their share of the company and together retired in 2010.

With his love for the work, there was always an underlying goal to be a good role model and provide a great foundation for his kids and grandkids. This provided them the opportunity to reach their own goals. Dick met his goals in the success of his business and, with wife Bonnie, they created of a wonderful, loving family.

Dick didn’t have many hobbies, but enjoyed the thought of crafting remote control aircraft. He finished a few wonderful pieces, but spent many hours planning for models he might create once he retired. Dick did find relaxation in the game of golf, and may have even enjoyed reasearching and trying out new golf clubs even more. Dick’s favorite places to relax and play golf included Torch Lake, Michigan, the Boulders in Carefree, AZ and eventually in Sun City Grand, AZ with life long friends living nearby. Dick also golfed at Valleywood in Swanton, Ohio whenever he had time at home.

Family and friends may visit Saturday, September 16, 2017 from 9:30am-11:00am at Weigel Funeral Home in Swanton, Ohio. A memorial service will immediately follow with Rev. Donna Stutzman officiating. Interment will be private.

In lieu of flowers, Dick and his family would appreciate memorial contributions be made to the Lewy Body Dementia Association (www.lbda.org), or Hospice of Northwest Ohio (

Visitation: Saturday, September 16th from 9:30 am to 11:00 am at the Weigel Funeral Home in Swanton

To order memorial trees or send flowers to the family in memory of Richard Henry "Dick" Mogg, please visit our flower store.