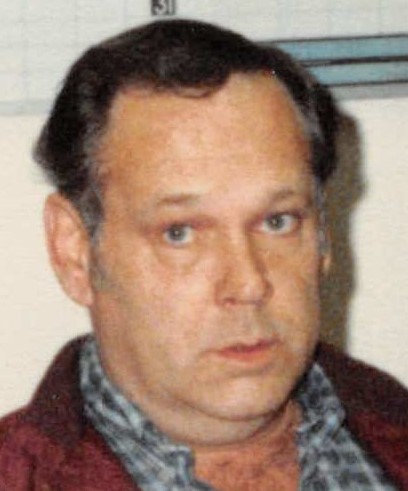 Richard was born June 1, 1938 to parents Harry Benjamin and Evelyn Viola Tulk in Detroit, Michigan. Richard lived in Toledo Ohio but made Swanton, Ohio his home for more than 50 years.

After Richard graduated from Swanton High School, he joined the United States Air Force and was honorably discharged after serving 4 years.

Upon returning home from the service, he decided to get into police work and graduated from the Ross Enright Peace Officers Training School in May of 1967. Afterward he completed a two week seminar at the University of Toledo and The Ohio Youth Commission in September of 1969 followed by the Bureau of Criminal Identification and Investigation course in June of 1970. In addition, he successfully completed the Bomb & Sabotage Course in June of 1970. He also received a certificate from The Division of State Fire Marshal for recognition and proper handling of explosives. Richard joined the Swanton Police Department where he became patrol officer and sergeant.

After several years with the Swanton Police Department, Richard joined the Lucas County Sheriff’s Department where he was a road patrol officer and later being promoted to the detective bureau. Richard loved police work and investigation homicides. He was often praised for delicately handling cases where families were involved. Richard stepped away from many years of police work and joined the Neighborhood Improvement Foundation of Toledo (NIFTI) where he was the director for 18 years and retiring in May of 2000.

Richard was a past member of the Swanton Elks Lodge #2462 and the Whitehouse American Legion Post #384.  He was a lifelong and proud Democrat and was Chairman of the Fulton County Democratic Party for 3 years.

One of the biggest accomplishments was his continued commitment and dedication to A.A. (Dr. Bob and Bill). Richard was an inspiration to many. His ardent support with A.A. will be greatly missed.

Richard will be remembered for keeping an immaculate lawn.  He is survived by his wife of 58 years, Shirley; his daughter, Stephanie Woodward and his grandsons, Seth and Samuel Woodward.

Memorial contributions may be made to the Toledo Area Humane Society or to a charity of the donor's choice.

Visition will be held Thursday, March 5th from 10:00 a.m. to 12:00 (Noon) at the Weigel Funeral Home, 204 Chestnut St. in Swanton, where services will begin at 12:00 (Noon).  Interment, with Military Honors, will follow at Springfield Twp. Cemetery.

To order memorial trees or send flowers to the family in memory of Richard H. Tulk, please visit our flower store.