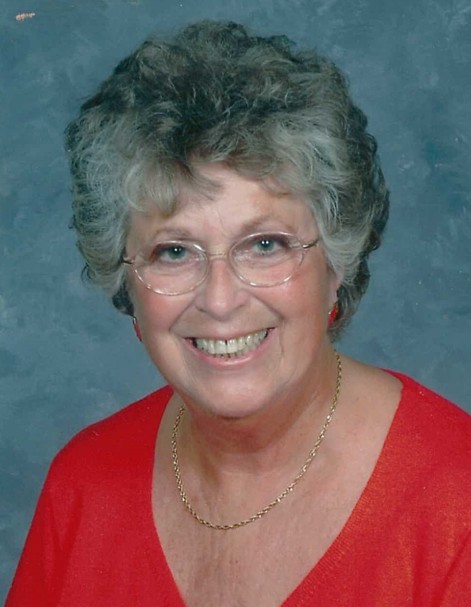 Rita A. Bayer, age 79, of Swanton, Ohio, entered into eternal life, Saturday morning, December 1, 2018 at Hospice of Northwest Ohio in Perrysburg.  She was born September 28, 1939 in Toledo, Ohio to the late Bernard and Catherine (Ronau) Mockensturm.  Rita was a 1957 graduate of Rogers High School and attended Whitney Vocational.

Rita worked 27 years as the fiscal officer for the Swanton Public Library, retiring in 2012.  She was a member of St. Richard Catholic Parish and its Altar-Rosary Society.  She was also a member of the Maumee Eagles and Swanton  Senior Center.  Rita loved playing euchre and eating out.

Rita was the glue that held her family together.  She cherished time spent with her children and grandchildren.  She will be greatly missed by her loving children, Roberta (Edward) Price, Charles (Karen) Bayer, Jr., Brian (Lorrie) Bayer, and Douglas (Catherine) Bayer; 12 Grandchildren; 15 Great-grandchildren; 3 Great-great-grandchildren; brothers, Carl (Geri) Mockensturm and Paul Edward (Sue Ann) Mockensturm; sister, Elizabeth (Dave) Fleck and many nieces and nephews.

Family and friends may visit Tuesday, December 4th from 2 to 8 p.m. at the Weigel Funeral Home in Swanton. Visitation will continue Wednesday, December 5th from 10:00 a.m. to 11:00 a.m. at St. Richard Catholic Church, where a Mass of Resurrection will begin at 11:00 a.m.  A luncheon will immediately follow the Mass.  Interment at St. Richard's Cemetery will be held at a later date.

Memorial contributions may be made to the Swanton Pubic Library.

To order memorial trees or send flowers to the family in memory of Rita A. Bayer, please visit our flower store.