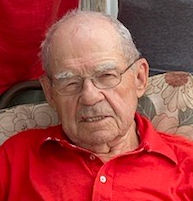 Robert "Bob" J. Dowling, age 87, life-long resident of Swanton, Ohio, died unexpectedly at his home, Sunday afternoon, September 27, 2020.  He was born January 9, 1933 in Swanton to Walter Ellsworth and Rosella Mary (Kreuz) Dowling.  Bob attended St. Mary's School and graduated from AI High School. Bob was drafted into the United States Army in 1953, served in the Korean War and was honorably discharged in 1955.  When he returned home, he began attending the University of Toledo.  On September 28, 1957, he married his loving wife, Roxie.

Upon graduation in 1960 with his newly minted accounting degree, Bob began his career as a CPA with Arthur Young and Company (AY) from 1960 to 1971.  He left AY to become the Controller at Arco from 1971 to 1973 then onto Mackinnon-Parker as their Treasurer from 1973 to 1978.  In 1978 his career ambitions turned to his desire to start his own accounting business.  He continued to grow a successful accounting business that in 1993 he decided to sell his practice to Tucker, Stein and Kissling to slow down a bit and focus on his hobbies.  He continued working for Tucker, Kissling and Associates only recently fully retiring 2 months ago.

Bob was an avid outdoorsman and never met a golf course he didn't like playing.  But farming was his true passion.  He was a mentor, coach and teacher to many boys and girls who played on his boys baseball and girls softball teams - Heatherdowns Colts, Swanton Falcons and  Swanton Rotary.

Bob was a member of St. Richard's  Catholic Parish and served on the finance committee.  He looked forward to cooking at the annual church BBQ chicken festival and eating sauteed mushrooms and homemade cherry wine with many church friends. He was also a member of the Swanton American Legion Post #479, Catholic War Veterans Post #306 in Assumption, OH,  AICPA, and charter member of the Swanton Elks #2462.

Visitation will be held Friday, October 2nd from 10:00 a.m. to 11:00 a.m. at Holy Trinity Catholic Church in Assumption, where a Mass of Christian Burial will begin at 11:00 a.m. Interment, with Military Rites, will follow at St. Mary’s Cemetery.

Memorial contributions may be made to the American Heart Association, 4331 Keystone Dr. D, Maumee, Ohio 43537

To order memorial trees or send flowers to the family in memory of Robert J. Dowling, please visit our flower store.