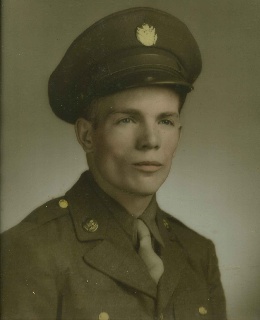 Robert Oma Zeigler, age 95, of Holland, Ohio, died Monday evening, June 20, 2016, at the Elizabeth Scott Community. He was born December 31, 1920 in Swanton, Ohio to Oma and Azella (Coon) Zeigler. Robert was a 1938 graduate of Swanton High School and obtained his Bachelors degree from Cal Aero Academy in Glendale, California.

Robert enlisted in the United States Army-Air Corps and was a WWII Veteran who served from 1943 to 1946 in the 8th Air Force stationed in England. On October 4, 1947, shortly after returning from active duty, he married Helen Marie Croul, and together they raised two sons and a daughter. Helen preceded him in death on February 10, 2014.

Robert was a member of Living Faith United Methodist Church in Holland and was an avid golfer.

Besides his loving wife of 66 years, Helen, Robert was preceded in death by his parents; infant son, William Robert Zeigler; sister, Kathryn; and brothers, Gene and Clarence Zeigler.

Family and friends may visit Wednesday, June 29th from 1:00 p.m. to 3:00 p.m. at the Weigel Funeral Home in Swanton, where funeral services will be held at 3:00 p.m. with Rev. Jared Grosse officiating. Interment, with Military Rites, will follow at Sharples Cemetery.

Visitation: Wednesday, June 29th from 1 to 3 pm at the Weigel Funeral Home in Swanton

To order memorial trees or send flowers to the family in memory of Robert Oma Zeigler, please visit our flower store.