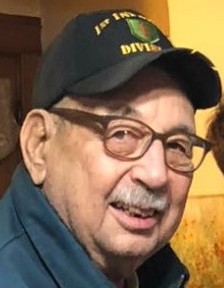 Roger Raymond Bernath, age 81, of Swanton, Ohio, entered into eternal life, Friday, April 13, 2018 at St. Luke's Hospital.  He was born November 20, 1936 in Lyons, Ohio to Lueen (Schrader) and Raymond Bernath.  Roger was a 1955 graduate of Lyons High School, and following graduation, he enlisted in the United States Army.  On September 20, 1958, he married his beloved wife Gloria Simon.  Roger was owner and operator of Bernath Land Clearing for 25 years.  He served as Fulton Township Trustee for several terms and loved working for the township for 10 years plowing snow, mowing grass, and all the other township maintenance duties that were required.

Roger was a member of St. Richard Catholic Parish.  He enjoyed fishing and hunting, spending time with his grandchildren at Rice Lake, and playing cards at Joe's Tavern in Metamora.

Roger was preceded in death by his parents; son, David Bernath; and brothers-in-law, Elwood and Jim Simon and Warren Roehrig.

Memorial contributions may be made to Swanton Fire & Rescue.

To order memorial trees or send flowers to the family in memory of Roger Raymond Bernath, please visit our flower store.