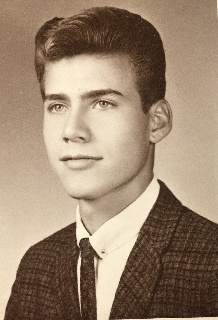 Roger Glanz age 72, of Ottawa Lake, Michigan, entered into eternal life, Sunday, October 1, 2017 at Ebeid Hospice in Sylvania, Ohio. He was born June11, 1945 in Adrian, Michigan to Paul and Gertrude (Miller) Glanz. Roger married Mary Pokorney on September 24, 1966 in Toledo, Ohio. He worked as a carpenter all his life.

Growing up Roger attended St. Mary’s School of Assumption where he received his sacraments; he currently is a member of St. Joseph Catholic Church in Sylvania. He was also a member of the Toledo Carpenters Union Local 351 for 53 year, with memberships to Black Swamp Woodcarvers, Sylvania Moose Lodge #1579, and a life member of the Sylvania Elks Lodge. He was an avid hunter, loved golfing, riding his motorcycle and bowling. In 1998 Roger bowled a perfect 300 game.

He is preceded in death by his parents and brother, Harold Glanz.

A Mass of Resurrection will be held on Friday, October 6th at 11:00 a.m. at Holy Trinity Catholic Church at Assumption, where visitation will be held one hour prior to mass with Fr. Michael Dandurand presiding. Interment will follow at St. Mary’s Cemetery.

Visitation: Thursday, October 5th from 6 to 8 pm at the Weigel Funeral Home in Metamora

Mass of Resurrection: Friday, October 6th at 11:00 am at Holy Trinity Catholic Church in Assumption

To order memorial trees or send flowers to the family in memory of Roger Glanz, please visit our flower store.