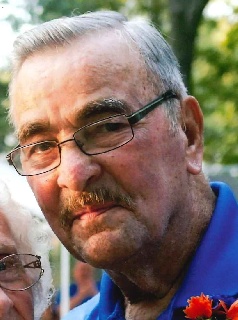 Ronald was a heavy equipment operator for GLI and avid outdoorsman who loved hunting deer, golfing and fishing. He also was a bowler and traveled to play in several bowling tournaments, as well as a self taught musician in a band, playing several instruments by ear.

Ronald was preceded in death by his parents; son, Leslie Burk and brothers, Jim and Jerry Burk and Paul Snyder.

Family and friends may visit Thursday, August 25th from 6 to 8 p.m. at the Weigel Funeral Home in Swanton (419.826.2631). Funeral Services will be held Friday, August 26th at 11:00 a.m. in the funeral home with Rev. Donna Stutzman officiating. Interment will follow at Swanton Cemetery.

Memorial contributions may be made to Great Lakes Caring Hospice.

Visitation: Thursday, August 25th from 6 to 8 pm at the Weigel Funeral Home in Swanton

Funeral Service: Friday, August 26th at 11:00 am in the Funeral Home

To order memorial trees or send flowers to the family in memory of Ronald Burk, Sr, please visit our flower store.