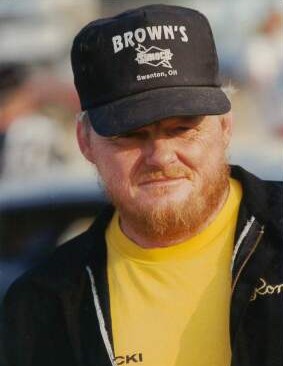 Ronald Carl Gillingham, age 70, originally from Delta, Ohio, currently residing in Wauseon, Ohio, passed away peacefully in his home, Friday morning, July 31, 2020.  He was born January 25, 1950 in Wauseon to Carl and Anna (Knapp) Gillingham.  Ron attended Delta High School, where he played football and wrestled.  He served in the United States Army and drove tank during Vietnam.  On June 4, 1982, he married Bonnie Brown.

Ron worked part-time for NAPA delivering parts, and retired in 2014 from Hornish Brothers Trucking, Inc. Ron was a member of Swanton American Legion Post #475 and Wildwood Bowmen Club-Archery Range in Delta. An avid outdoorsman, Ron enjoyed deer hunting and snowmobiling.  Ron spent 19 years in the demolition derby events and racing at Oakshade. His favorite annual event, since he was a kid, was attending the Fulton County Fair.

Visitation will be held Saturday, August 8th from 11:00 a.m. to 12:30 p.m. at the Grisier~Weigel Funeral Home in Delta, where a memorial service will begin at 12:30 p.m. Graveside services, with Military Rites, will follow at Greenlawn Cemetery in Delta.

Memorial contributions may be made to a charity of the donor’s choice.

To order memorial trees or send flowers to the family in memory of Ronald Carl Gillingham, please visit our flower store.