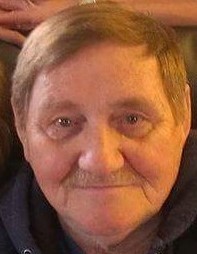 Ronald Eugene Schroeder, age 77, of Swanton, Ohio, passed away peacefully, surrounded by his family, Friday evening, April 20, 2018, at the Fulton County Health Center in Wauseon.  He was born February 25, 1941 in Napoleon, Ohio to the late Sadonna (Kimberly) and Edward F. Schroeder. On October 27, 1990, he married his beloved wife, Ila Rose Lindemeyer, whom he met at a singles dance.  Ron worked in construction, and loved working the farm raising chickens and bailing hay.

Ron enjoyed gardening, mowing lawn with his John Deere tractor, fishing and collecting lighthouses.  He was a big  Dale Earnhardt Nascar and Cleveland Indians Fan.  In his spare time he loved watching The Price Is Right, Columbo and Matlock.  He and his wife also enjoyed taking cruises.

Visitation will be held Tuesday, April 24th from 5 to 7 p.m. at the Weigel Funeral Home, 204 Chestnut St. in Swanton (419.826.2631). Funeral services will be held Wednesday, April 25th at 11:00 a.m. in the funeral home, with Pastor George Shaver officiating.  Entombment will follow at Toledo Memorial Park.

To order memorial trees or send flowers to the family in memory of Ronald Eugene Schroeder, please visit our flower store.