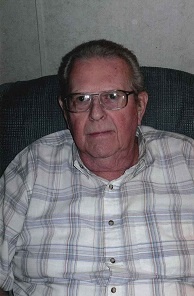 Ronald “Ron” Walter Zydorczyk, age 80, a long time resident of north Toledo, and now of Delta, left his last trip to be with the lord on Sunday, April 24, 2016 at the Toledo Hospital, surrounded by his loving family. He was born on January 7, 1936, in Toledo at Robinwood Hospital to Walter and Pearl (Nowaczyk) Zydorczyk, who have preceded him in death.

Ron was a 1954 graduate of Central Catholic in Toledo, where he was the only boy in his class that never missed a day of school. He was employed at the CSX coal dock in Oregon, Ohio for 36 years as a dock engineer retiring in 1996. Ron was a life member of St. Lawrence K of C and Bishop Hoffman Assembly. He was also a member of I.L.A. 1768, where he was the recording secretary for many years. Ron was an avid bowler prior to retiring. He was a frustrated golfer, who was lucky to have gotten a hole in one in 2004 while in Florida. Ron and Phyllis enjoyed RV’ing; they had been in every state but Alaska, enjoying many winters in Arizona or Florida.

Memorial contributions may be made to St. Caspar’s Catholic Church.

Online expressions of Sympathy may be made here or go to deltafh.com

Visitation: Thursday, April 28th from 2 to 8 pm at Grisier~Weigel Funeral Home in Delta

Mass of Resurrection: Friday, April 29th at 11:00 am at St. Caspar Catholic Church in Wauseon

To order memorial trees or send flowers to the family in memory of Ronald Walter Zydorczyk, please visit our flower store.