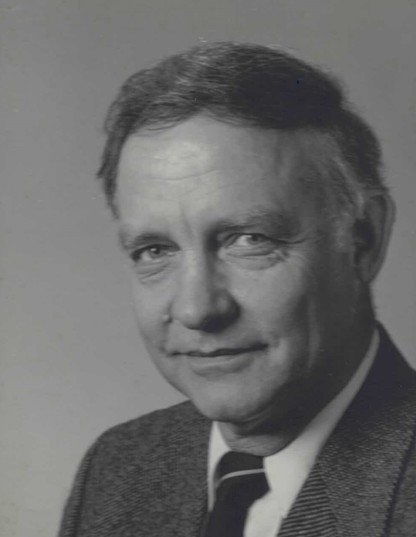 Roscoe Richard Betz, Jr., age 89, of Swanton, Ohio, passed away Saturday, September 28, 2019, at Swanton Valley Health Center from complications of Alzheimer's.  He was born in Detroit, Michigan on September 8, 1930 to the late Roscoe Richard, Sr. and Frances (Von Oven) Betz. The family moved to Perrysburg, Ohio and he attended Maumee Valley Country Day School for eight years.  He went on to graduate from Maumee High School  where he played football and baseball.  After graduating from Maumee, he attended Miami University in Oxford, Ohio graduating with a degree in business.  While at Miami he was a member of Theta Chi Fraternity and belonged to ROTC serving in the Naval Reserve.

After graduation he began his work with a finance company then moved on as a salesman with Proctor and Gamble.  He went back into the finance world and spent six months in New York training to be a financial advisor.  He began his career with the firm of Bell and Beckwith where he became a partner.  After the firm closed, he worked with several other firms and eventually retiring from Wells Fargo.

Roscoe was a big fan of the Miami Red Hawks and Detroit Tigers and attended many of their games.  He also loved to hunt and fish and made many trips to Canada with his sons and friends.  An active duck hunter, he spent many cold mornings on the Maumee River duck hunting.

Roscoe married Beverly Baker on February 19, 1955.  They celebrated 64 memorable years of marriage together.  They moved to Swanton where they raised their family of four.

Friends and family may visit Friday, October 4th from 2 to 8 p.m. at the Weigel Funeral Home in Swanton.  Funeral services will be held Saturday, October 5th at 11:00 a.m. in the funeral Home with Pastor Bruce Perry officiating.  Interment will follow at East Swanton Cemetery.

Memorial contributions may be made to the Alzheimer's Association or a charity of the donor's choice.

To order memorial trees or send flowers to the family in memory of Roscoe Richard Betz, Jr., please visit our flower store.