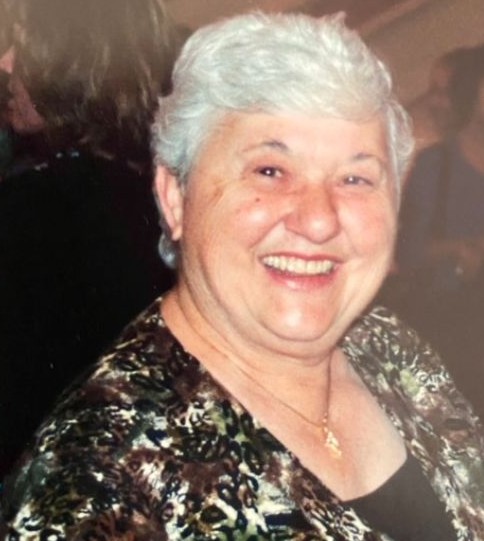 Rose (Rosie) Ann Toland, age 94, of Swanton, Ohio, passed away Tuesday, Sept. 14, 2021, at the Elizabeth Scott Community in Maumee, Ohio. She was born Dec. 13, 1926, in Metamora, Ohio, to Wendell and Anna (Bick) Mossing. Rose was a 1945 graduate of Central Catholic High School in Toledo. She married Ralph Toland on March 17, 1947.
Rosie was a devout Catholic and a proud and longtime member of St. Richard Catholic Church and the Rosary Altar Society. She was a stay-at-home mom and enjoyed creating wonderful memories with her family.

Known throughout her life for helping others, Rosie often took care of others when they were ill, and lent a helping hand when she could. Constantly giving, and in turn, setting a great, long-lasting example to those she knew.

Rosie loved the holidays, and her house alone told the story. Every year she arranged a large Christmas village display on the family room table, among countless other holiday décor in every room. Yet the joy and magic of the season wasn’t only visual; it was her love and goodwill for others that carried on for years as she was known to excitedly fill large “Santa Bags” with memorable keepsakes and treasures for her children and grandchildren.
She loved the spring and summer too, and couldn’t wait to plant flowers, tend to her garden, and feed the birds. She had several hobbies and interests, many of which centered around people – including visits with her grandchildren (and attending their school programs), as well as joining friends for numerous games of Pinochle.

If you visited Rosie at her home, you knew her passion and admiration for eagles was unmistakable. Nearly every shelf, window sill, nook or cranny, contained some type of eagle figure or sculpture. Her collection is estimated in the thousands, which prompted the local paper to feature her where she affectionately became known as “The Eagle Lady.” She often acquired eagles on her flea market trips with her sister, Kie, and during these excursions would also gain other treasures and knickknacks for the Santa Bags.

Rosie was preceded in death by her husband, Ralph; and her eight older siblings.

Visitation will be held Monday, Sept. 20th from 6 to 8 p.m. at the Weigel Funeral Home in Swanton. A Mass of Christian Burial will be held Tuesday, Sept. 21st at 11:00 a.m. at St. Richard Catholic Church in Swanton, with Fr. Eric Culler presiding.

The family of Rosie would like to thank the nursing staff at Elizabeth Scott Community for the wonderful care and compassion over the last few years.

To order memorial trees or send flowers to the family in memory of Rose Ann Toland, please visit our flower store.