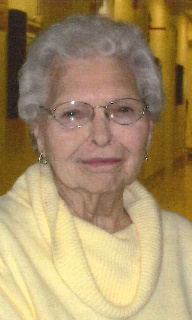 Shirley Ann Hall, age 84, life-long resident of Swanton, Ohio, passed away Wednesday morning, January 20, 2016, at Evergreen Manor in Montpelier, Ohio. She was born November 4, 1931 in Swanton to Louis and Beatrice (Spring) Schondel. Shirley was a 1949 graduate of Swanton High School, and married Gerald Hall on March 31, 1951.

Shirley was a devoted and hard worker at the Pilliod Cabinet Company for 38 years, retiring in 1993. Following retirement, she was a little more mellow. Shirley was a member of Trinity United Methodist Church and loved gardening, especially roses, and taking camping trips in the motor home. She also enjoyed spending time outside on the back deck at her daughter's home overlooking Nettle Lake.

She is survived by her children, Leo (Rita) Hall, Sharon (Robert) Kasten, and Brian Hall; 6 grandchildren; 8 great-grandchildren; and her sister, Marcia Hinman.

Shirley was preceded in death by her parents; husband, Gerald; and brother, Harold Schondel.

Family and friends may visit Friday, January 22nd from 2 to 8 p.m. at the Weigel Funeral Home in Swanton. Funeral services will be held Saturday, January 23rd at 11:00 a.m. in the funeral home with Rev. Donna Stutzman officiating.

Interment at Swanton Cemetery will be private.

Visitation: Friday, January 22nd from 2 to 8 pm at the Weigel Funeral Home in Swanton

Funeral Services: Saturday, January 23rd at 11:00 am in the Funeral Home

To order memorial trees or send flowers to the family in memory of Shirley Ann Hall, please visit our flower store.