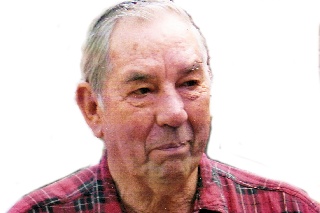 Stanley "Sam" H. Lipinski, affectionately known as Za Za, age 82, of Delta, Ohio, passed away Saturday, June 17, 2017, at the Flower Hospital in Sylvania. He was born February 5, 1935 in Swanton, Ohio to Cashimier and Josephine Lipinski. He graduated from Anthony Wayne High School and enlisted in the United States Army serving overseas from 1957 - 1959.

Sam retired from Jeep as a Millwright. He was a member of Catholic War Veterans Post #306 in Assumption, Whitehouse American Legion Post #384 and Delta Eagles Lodge #2597. Sam enjoyed gardening and spending time with his family.

Sam was preceded in death by his parents; and several brothers and sisters.

Family and friends may visit Friday, June 23rd from 3 to 8 p.m. at the Weigel Funeral Home, 204 Chestnut St. in Swanton (419.826.2631), where a Delta Eagles service will be held at 7:00 p.m. Funeral services will be held Saturday, June 24th at 11:00 am in the funeral home, with Fr. Patrick Rohen, Captain, U.S. Army (Retired) officiating. Interment, with Military Rites, will follow at St. Richard's Cemetery.

Donations may be made in his memory to a charity of the donor's choice.

Visitation: Friday, June 23rd from 3 to 8 pm at the Weigel Funeral Home in Swanton

Funeral Service: Saturday, June 24th at 11:00 am in the Funeral Home

To order memorial trees or send flowers to the family in memory of Stanley "Sam" H. Lipinski, please visit our flower store.