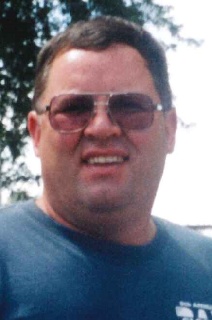 Terry was a former truck driver for Air Gas in Northwood and CPC Logistics. He was a member of Faith Evangelical Lutheran Church in Swanton, NBHA Ohio 07, and Brest Bay Sportsman Club. Before being diagnosed in 2015 with MS and battling several health issues, Terry enjoyed farming, raising horses, and logging wood.

Visitation will be held Friday, September 15th from 4 to 7 p.m. at the Weigel Funeral Home in Swanton, where a memorial service will begin at 7:00 p.m. with Rev. Edward Strietelmeier officiating.

Memorial contributions may be made to any Fifth Third Bank c/o the Daubenmeyer Children Benefit.

Visitation: Friday, September 15th from 4 to 7 pm at the Weigel Funeral Home in Swanton

To order memorial trees or send flowers to the family in memory of Terry L. Daubenmeyer, please visit our flower store.