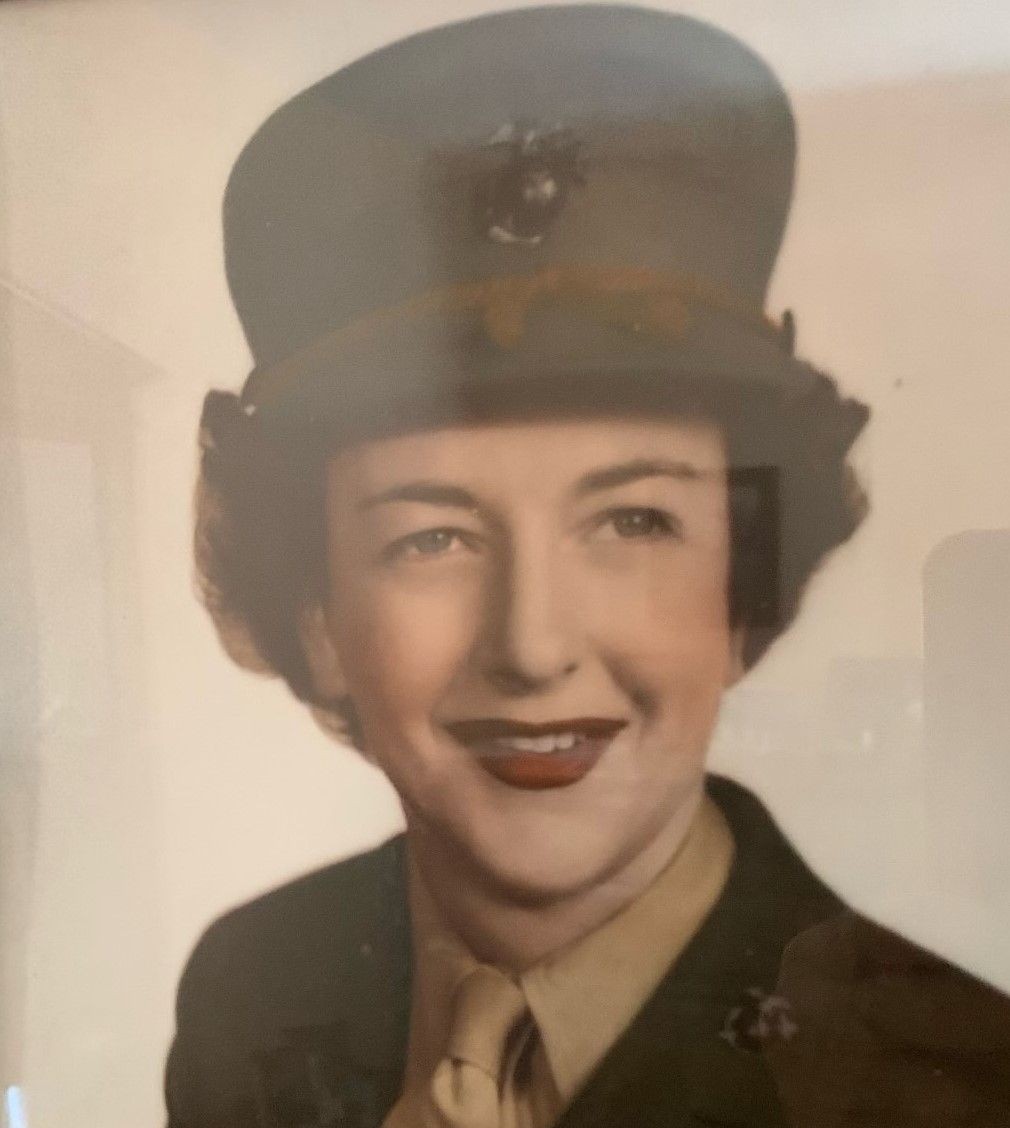 Theresa Marie (Barone) Chinnis, age 93, of Swanton, Ohio, passed away Wednesday morning, March 30, 2022, at McLaren St. Luke’s Hospital in Maumee. She was born on February 21, 1929, in Hartford, Connecticut to Alfred Joseph and Irene Hazel (Mills) Barone. After high school Theresa enlisted in the United States Marine Corps on February 4, 1952. During her time serving in the military, she met the love of her life, Billy R. Chinnis, who was serving in the United States Navy. They met at a skating rink in San Diego, California and it was love at first sight. They married on December 17, 1952.

Theresa worked as a store clerk at LaSalle’s Department Store and raised three children. She was very patriotic and proud to be a Marine. Theresa was a member of the Swanton American Legion Post #479. She enjoyed golfing, bowling and camping. Theresa especially loved going out dancing with her husband, Billy.

Theresa was preceded in death by her parents and son, Roy Alan Chinnis.

Visitation will be held Sunday, April 3rd from 4 to 8 p.m. at the Weigel Funeral Home in Swanton. Funeral services will be held Monday, April 4th at 11:00 a.m. in the funeral home, with Pastor Donna Stutzman officiating. Interment, with Military Honors will follow at Woodlawn Cemetery.

Memorial contributions may be made to the Swanton American Legion Post 479 or Swanton VFW.

To order memorial trees or send flowers to the family in memory of Theresa Marie (Barone) Chinnis, please visit our flower store.