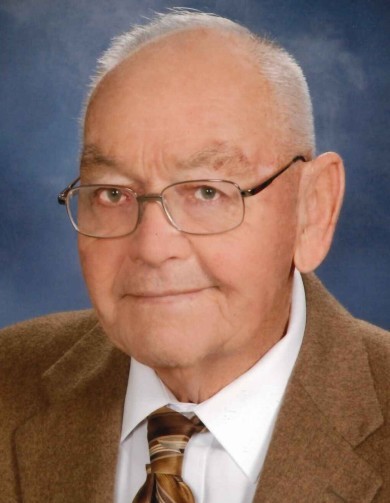 Theron Brisbin, loving husband, father and grandfather, and WWII veteran, age 91, of Swanton, Ohio, died late Friday evening, May 4, 2018, at Swanton Valley and Rehabilitation Center.  He was born August 24, 1926 in Toledo, Ohio to Mary Irene (Welling) and Theron Brisbin.  He was a graduate of Whitmer High School.  Theron enlisted in the Army during WWII and served five years as a Medic in France and Germany.  When he returned home, he enlisted in the Army Reserves and served 24 years, retiring as Sergeant First Class.  On May 5, 1951, he married the love of his life, Helen Jean Willard.  She preceded him in death on September 30, 2017.

Theron loved fishing, especially up north in Canada.  He and the family also enjoyed camping and backpacking through the mountains.  Theron and his daughter recently returned from a memorable cross country camping trip in their travel trailer.  They were both looking forward to many more trips, until Theron's health recently started to decline.

Besides his beloved wife, Jean, Theron was preceded in death by his parents; infant son, Timothy John Brisbin and brothers, Harry and Charles Brisbin.

Visitation will be held Wednesday, May 9th from 3 to 8 p.m. at the Weigel Funeral Home, 204 Chestnut St. in Swanton (419.826.2631). Funeral Services will be held Thursday, May 10th at 10:30 a.m. at Trinity Lutheran Church, 410 Taylor St. in Delta, where visitation will be one hour prior. Rev. Ed Strietelmeier will officiate. Following a luncheon, graveside services, with Military Rites, will be held at 2:00 p.m. at Toledo Memorial Park.

To order memorial trees or send flowers to the family in memory of Theron Brisbin, please visit our flower store.