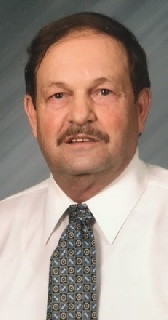 Thomas Earl Cain, age 80, beloved husband, father, grandfather and brother, passed away Monday, March 27, 2017 at St. Luke's Hospital in Maumee. He was born January 4, 1937 in Moundsville, West Virginia to Friend William and Helen (Price) Cain. Following graduation from high school, he enlisted in the U.S. Marine Corps. He was a Corporal in the Vietnam War from 1965-1966 and was stationed in Germany. While stationed in Germany, he met the love of his life, Gisela Seeger. They were united in marriage on September 15, 1963.

Tom was a lifetime member of the VVA. He was a car enthusiast, who had a passion for restoring and collecting them. He was also a handyman who could fix practically anything. Tom enjoyed music, especially playing and singing along with his guitar. One of his greatest joys in life was the time he went on Honor Flight to visit the War Memorials in Washington DC.

Funeral services to celebrate his life will be held Friday, March 31st at 11:00 am at the Weigel Funeral Home in Swanton, with Pastor J.T. Bean officiating. Interment will follow at Highland Memory Gardens.

The family requests in lieu of flowers, donations be made to Swanton Local Schools Foundation Backpack Buddies.

Funeral Services: Friday, March 31st at 11:00 at the Weigel Funeral Home in Swanton

To order memorial trees or send flowers to the family in memory of Thomas Earl Cain, please visit our flower store.