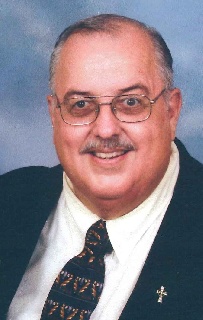 Thomas W. Simon, age 70, of Assumption, entered into eternal life, Monday afternoon, May 23, 2016, at The Toledo Hospital. He was born July 21, 1945 in Toledo, Ohio to William G. and Bertille "Till" (Brick) Simon. He was a 1963 graduate of St. Mary's School in Assumption and attended the University of Toledo. He enlisted in the United States Air Force, and after honorable discharge, he served 15 years in the Ohio Air National Guard - 180th Tactical Fighter Group, where he held the rank of Master Sergeant. As a civilian, Tom worked for the former Ohio Citizens Bank in Toledo, now known as PNC. On June 22, 2007, Tom married Sally Malone.

Tom was a lifelong member of Holy Trinity Catholic Parish, and life-member of the Catholic War Veterans Post #306 in Assumption, where he served as Past Commander, as well as Past State Commander. He was a 4th Degree Knight of The Knights of Columbus Council in Assumption and Toledo Commandery No. 7. Tom was a member of the Masonic Grand Lodge of F&AM serving as Past Master of Sylvania-Pyramid Lodge #0287. As a veteran, Tom remained active with the Swanton American Legion Post #479, Swanton VFW Memorial Post #8598, life member of the Amvets; member of the Delta Fraternal Order of Eagles Lodge #2597, Swanton Elks Lodge #2462, and Moose Lodge #1167.

Tom is survived by his caring and devoted wife, Sally; sister, Marilyn (Ray) Heintschel; mother-in-law, Louise Gormley; as well as many nieces, nephews and cousins.

Tom was preceded in death by his parents; sisters, Joan Simon and Marge Fick and brother-in-law, Jerry Fick.

Visitation will be held Friday, May 27th from 3 to 8 p.m. at the Weigel Funeral Home, 413 E. Main St. in Metamora (419.644.3601), where a joint Catholic War Veterans Service and American Legion Service will be held at 7:00 p.m., immediately followed by a Vigil and Rosary service led by Fr. Patrick Rohen, Captain, U.S. Army (Retired).

Visitation will continue Saturday, May 28th from 1:00 to 2:00 p.m. at Holy Trinity Catholic Church in Assumption, where a Mass of Resurrection will begin at 2:00 p.m. with Fr. Michael Dandurand presiding. Interment, with Military Rites, will follow at St. Mary's Cemetery.

Visitation: Friday, May 27th from 3 to 8 pm at the Weigel Funeral Home in Metamora

Mass of Resurrection: Saturday, May 28th at 2:00 pm at Holy Trinity Catholic Church in Assumption

To order memorial trees or send flowers to the family in memory of Thomas W. Simon, please visit our flower store.