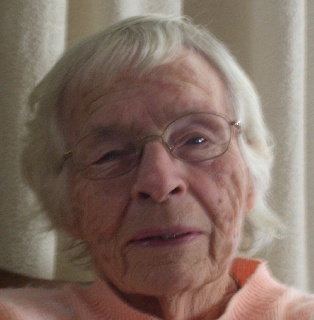 Veronica L. Aton, also known as "Susie" by all of her friends and family, age 96, of Swanton, Ohio, passed away peacefully at Swanton Health Care & Retirement Center, surrounded by her loving family, Thursday, December 29, 2016. She was born May 26, 1920 in Toledo to Bronislaus and Barbara (Rikala) Kocinski. Veronica married Clarence Aton on October 2, 1939, and he preceded her in death in 1998.

Veronica loved to play cards, especially pinochle. She enjoyed bowling and working in the yard, gardening. Veronica was known to be an immaculate housekeeper.

Veronica was preceded in death by her parents; husband, Clarence; and brothers, Frank and Sylvester Kocinski.

Family and friends may visit Monday, January 2nd from 2 to 8 p.m. at the Weigel Funeral Home in Swanton (419.826.2631). Funeral services will be held Tuesday, January 3rd at 11:00 a.m. in the funeral home, with Rev. Donna Stutzman officiating. Interment will follow at Sharples Cemetery.

Visitation: Monday, January 2nd from 2 to 8 pm at the Weigel Funeral Home in Swanton

Funeral Service: Tuesday, January 3rd at 11:00 am in the Funeral Home

To order memorial trees or send flowers to the family in memory of Veronica L. "Susie" Aton, please visit our flower store.