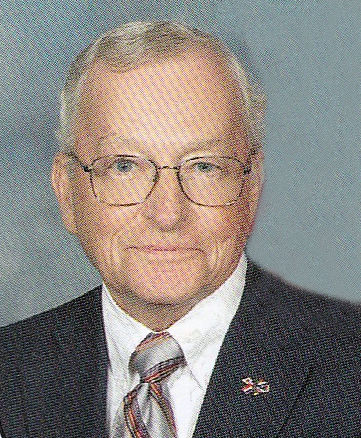 William Edward Belinger, age 79, of Louisville, Kentucky; formerly of Swanton, Ohio, passed away Tuesday morning, August 7, 2018, at Baptist Health East, surrounded by his family. He was born May 27, 1939 in Cleveland, Ohio to Leonarda (Kawalec) and William Joseph Belinger. He married his loving wife, J. Dianne Winsper on July 27, 1968.

Bill worked in retail for over 20 years and then went on to be self-employed working as a financial advisor and in the insurance industry.

Before serving the Community of Swanton Village for 26 years as a councilman and Mayor, Bill served his country in the military.

Bill enjoyed bowling and you could always find him working in his yard. While residing in Swanton, Bill was a member of St. Richard Catholic Parish serving as a lector and eucharistic minister.

Bill  was preceded in death by his parents.

Friends may visit the family at Weigel Funeral Home, 204 Chestnut St. in Swanton, on Friday, August 10th from 2 to 8 p.m.

A Mass of Resurrection will be celebrated on Saturday, August 11th at 11:00 a.m. at St. Richard Catholic Church in Swanton.

In lieu of flowers, memorials may be made to St. Richard Church or Central Catholic High School.

To order memorial trees or send flowers to the family in memory of William Edward Belinger, please visit our flower store.