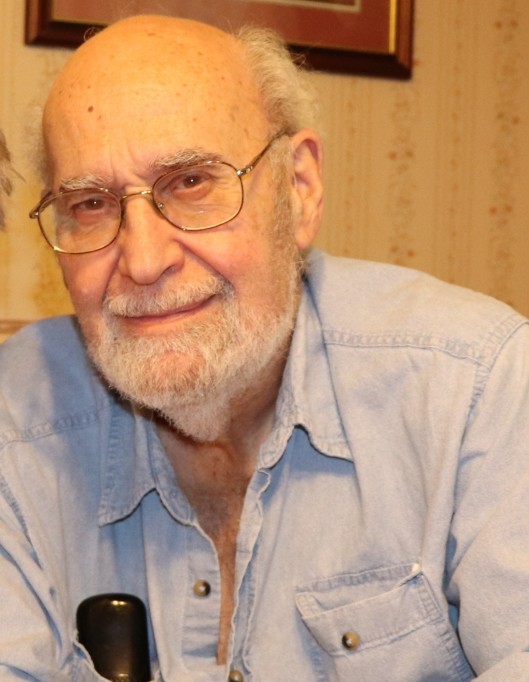 William B. Cook peacefully entered his heavenly home with a smile on his face on Thursday, April 16, 2020. Bill was born on April 8, 1936 to Thomas and Tecla (Neis) Cook.  He met and instantly fell in love with Rosemarie Agosti in 1958 and the two married on October 8, 1960.  Bill worked for 32 years at Dana Corporation on Bennett Avenue as first a draftsman and then as a product engineer and was so proud to have 100% accuracy on his very detailed work.  He went on in life to spend 10 years on the zoning board and the next 25 years as an elected official as the Swanton Township Clerk and again had that same attention to detail, never being off by even a penny with the township's budget.  He was a man of persnickity detail and a firm believer in there being only one way to do every job ... the right way, the Bill Cook way.  Bill also served St. Richard's Catholic Church in Swanton for 27 years as a lay minister and the president of the St. Vincent de Paul Society. Helping those in need came naturally to him and he passed that value on to his children, grandchildren, and great grandchildren.  Bill and Rose lovingly raised three children, William (Sheila) Cook, Kathleen (Kevin) Kusz, and Kristina (Michael) Derhay who will forever miss their Dad and Papa Dearie.  He was a proud second father to Mark (Joyce) Tomesek who he loved like his own child.  One of the greatest joys of his life was becoming a grandfather, or Googie as the kids dubbed him, to Rosie (Rob) Grant, Ronnie Grant, Tommy, Ben, Nick, and Hannah Cook, Jesse Filiere, and a truly great great-grandfather to his little Lily Johnson.  Another of his greatest joys was being reunited with his granddaughter, Maimee (Nate) Giesige and getting to know her and her daughter, Ava.  He was the younger brother to Jim (Donna) Cook who he always looked up to and doting older brother to Judy (Joe) Redlawski who has been such a blessing and joy to him especially these last several months.

Bill will be missed by so many family and friends, especially his friend since high school, Jack Wallington. If you knew Bill, you know that he loved his wife and family immeasurably, he had a robust passion for life, loved to talk (oh, did he love to talk!), and was always willing to help anyone in any way he could. To say that he will be missed is an understatement. His loss will always be felt and his memory will live on forever.

The family would like to thank all those at Swanton Health and Retirement Center, particularly Lorrie, for their loving care over the past several months.

A graveside service will be held for his immediate family. A memorial mass and celebration of life will be held at a later date.  In lieu of flowers, feel free to make a donation to the charity of your choice, feed the birds that Bill loved so much (but not the squirrels!), plant some flowers, and spend time with your family and those you love.

To order memorial trees or send flowers to the family in memory of William B. Cook, please visit our flower store.