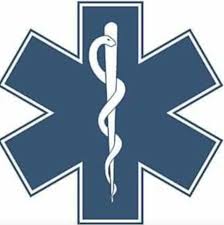 On July 8, 2018, William Gordon Hopkins, age 72, passed peacefully into eternal life with his wife and brother by his side.

He was born to Gordon and Florence Hopkins on May 15, 1946 in Toledo, Ohio. As a youth, Bill was a dedicated Boy Scout, spending many summers as a counselor at Camp Miakonda, and earning Life Scout status. After graduating from Waite High School in 1964, Bill enrolled at Bowling Green State University to study the science of education.  This is where he met the love of his life, Pamela Edwards.

After his freshman year at BG, Bill transferred to Toledo University where he was a member of the Alpha Phi Omega fraternity. In 1969, Bill earned his BSE and began a thirty year career as a teacher with Springfield Local Schools. He was past president of the Northwest Ohio Education Association, past president of the Springfield Education Association, and credit committee member of the Employees of Springfield Credit Union for over forty years.

Bill and Pam married on December 28, 1968.  They welcomed their son in 1972 and their daughter in 1974.  They enjoyed taking their young family to Bowers’ Camp on Bob’s Lake in Canada every summer where they would boat and fish. Extended family would often join them for the fun. After their family was grown, Bill and Pam still loved to spend their summers in Canada.

Bill loved sailing and served as a crew member in the Mills race for several years. He put his teaching skills to good use teaching Boating Safety for the US Power Squadron.

Bill’s strong sense of duty led him to be a member of Swanton Volunteer Rescue for eighteen years.  Ever the teacher, Bill taught adult EMS for Fulton County. He retired as chief.  Later, he went to work for the Fulton County Sheriff’s Department as a 911 dispatcher, retiring after seventeen years.

Bill enjoyed woodworking, especially making and repairing furniture.  He was a model train enthusiast, and served as an auxiliary deputy with the Lucas County Sheriff’s office.  He was also a truck driver for Schmidt Brothers.  When he was a little boy, he told his mother that he wanted to be a truck driver when he grew up.  He finally made it.

In his later years, Bill embraced the Catholic faith and became a member of St. Richard Catholic Church in Swanton. He was cantor at Mass; a member of the choir; a member of the St. Vincent de Paul Society, for which he worked tirelessly; and a Knight of Columbus. A man of deep faith, he lived what he believed and graciously gave of his time, talent, and treasure.

Bill is survived by his devoted wife of nearly fifty years, Pam; son Peter; daughter and son-in-law Elizabeth and Scott Gedeon; grandchildren Emma, Wyatt, and Tyler Gedeon; brother and sister-in-law John and Martha Hopkins as well as many dear in-laws, nieces, nephews, cousins and friends.  He was predeceased by his parents. So others may learn, Bill donated his body to the University of Toledo Medical College.

A memorial Mass will be celebrated on Friday, July 13th at 10:30 a.m. at St. Richard Catholic Church in Swanton.

Memorials may be made to St. Richard Church, Swanton Fire & Rescue, or Smiles For Sophie Forever.

The family extends a special thank you to UTMC for their loving care.

To order memorial trees or send flowers to the family in memory of William Gordon Hopkins, please visit our flower store.